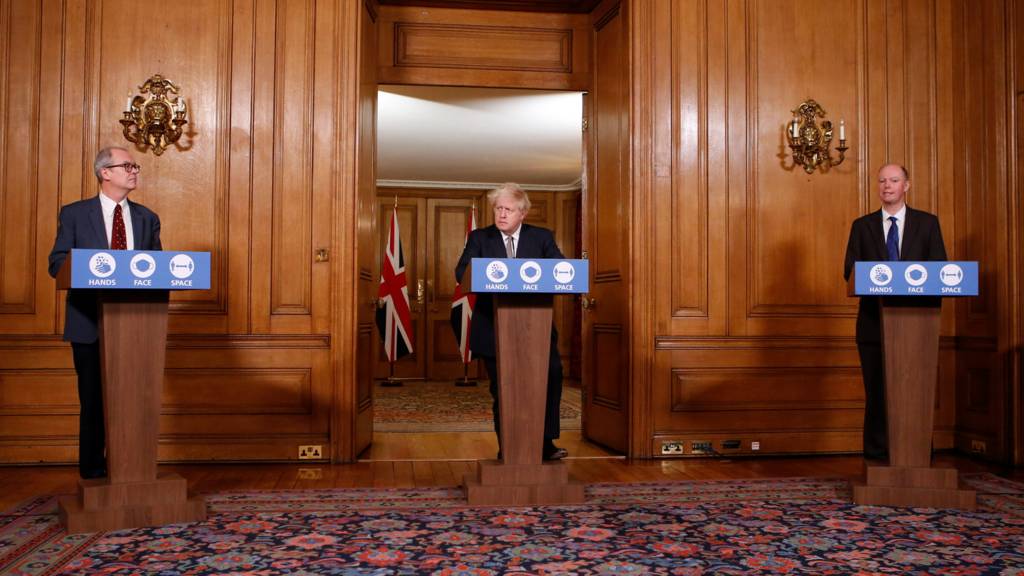 More than 55 million people will remain banned from meeting other households indoors from 2 December.

Government guidance says the bubbles should contain a maximum of eight people over the age of 11.

But in Scotland infection rates appear to be rising, according to Office for National Statistics data.

Tiers and Christmas: A recipe for disaster?

With lockdown coming to an end, it is all change. But is the government making a mistake?

What are the rules for Christmas bubbles?

Plans for Christmas bubbles in the UK have been scaled back - so who can you see over the festive period?

We're at war with Covid, not each other - Biden

US President-elect Joe Biden calls for an end to division in a speech for the Thanksgiving holiday.

The virus is one of three "once in a lifetime" recent economic shocks says the Resolution Foundation.

One bar owner says 'it simply isn't viable' to operate under restrictions as English tiers are revealed.

Where are people being asked to do surge testing?

People who live, work or travel in various parts of the UK are being urged to get a Covid test.