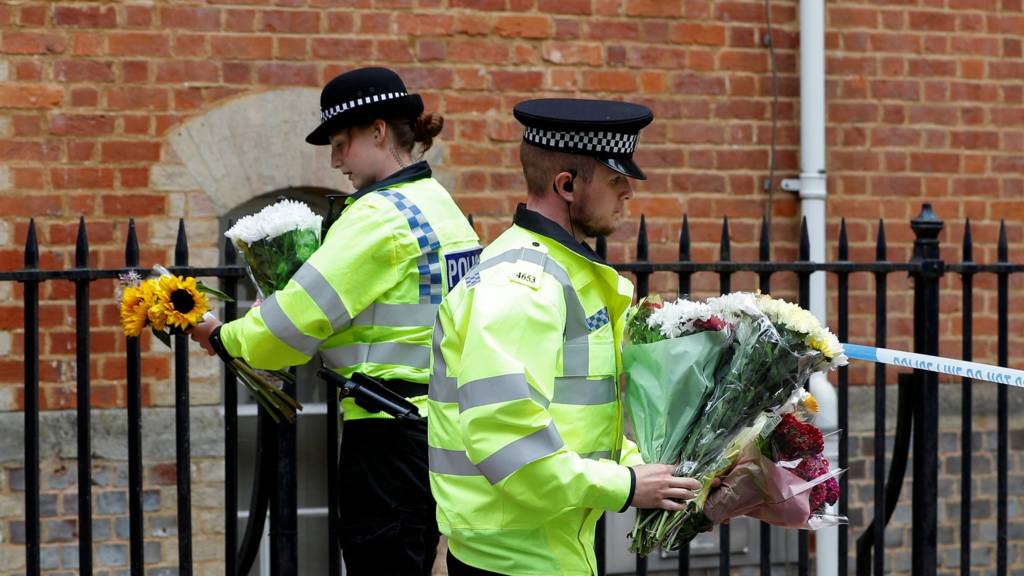 Reading stabbings: Who were the victims?

Tributes have been paid to the three people killed in a park on Saturday.

Reading stabbings: 'They were always happy'

Friends pay tribute to the three people who died after a stabbing attack in Reading on Saturday.

Tributes are paid to three men who died, as police question a suspect arrested under the Terrorism Act.

Two friends who died have been named, as police question a suspect arrested under the Terrorism Act.

James Furlong, one of three people to die, was described as "beautiful, intelligent, honest and fun".

People were relaxing in a park when an attacker "darted round" stabbing people, one witness said.

Reading park stabbings: What we know so far

Key developments after an attack, which is being treated as a terrorist incident, left three dead.

It is not being treated as terror-related, say police, after a man is arrested on suspicion of murder.

'Nothing to suggest anyone else was involved'

The head of counter-terrorism policing gives an update following stabbings in Reading, which have been declared a terrorist incident.

Images from the aftermath of a multiple fatal stabbing at Forbury Gardens in the centre of Reading.

Police have arrested one man and declared the stabbings that left three people dead a terrorist incident.

'I saw a massive knife in his hand'

An eyewitness describes the stabbing incident he saw unfolding in a park in Reading.

Patel: We must 'learn lessons' from Reading attack

The UK prime minister says that if there are lessons to learn after the terror attack the government will learn them.

Police confirm three people have died and another three are seriously injured.

Live updates after three people are killed and three others are injured.