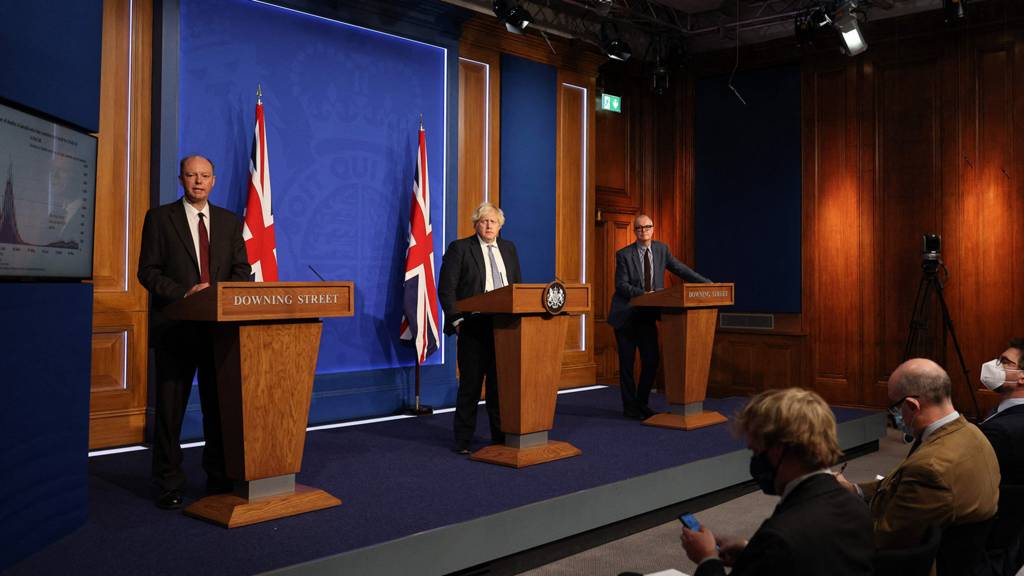 Who is Allegra Stratton and why has she quit?

A profile of the woman who has resigned over unguarded comments about a No 10 lockdown party in a video.

Amid the fallout from the Christmas party row, Boris Johnson is asked how he can tell people they must now follow new instructions.

'Pubs may run out of cash as more work from home'

We talk to firms which rely on commuters about how the new home-working guidance will affect them.

The BBC has seen minutes of a meeting of scientific advisers which warn of NHS pressure from Omicron.

PM sorry for video after anger about lockdown party

Boris Johnson says he was assured no rules were broken, but Labour's Keir Starmer questions the PM's moral authority.

Vaccines should work against Omicron, WHO says

A small study in South Africa suggests the new variant could partially evade the Pfizer jab.

Another seven million people will be able to book their top up jab, including those in at-risk groups.

A bereaved families group calls for an apology from Boris Johnson over lockdown gathering.

Covid: Is an office Christmas party too risky?

What is the chance that after-work drinks with colleagues will turn into a Covid superspreader event?