A controversial study says cutting down on sausages, mince, steak and all other forms of red or processed meat is a waste of time for most people.

The report - which disagrees with most major organisations on the planet - says the evidence is weak and any risk to people's health is small.

Some experts have praised the "rigorous" assessment.

But others say "the public could be put at risk" by such "dangerously misguided" research.

What counts as red or processed meat?

Processed meat has been modified to either extend its shelf life or change the taste - and the main methods are smoking, curing, or adding salt or preservatives.

Pure mince does not count as processed, but bacon, sausages, hot dogs, salami, corned beef, pates and ham all do.

Are they bad for health?

One of the main concerns has been around bowel cancer.

The World Health Organization's International Agency for Research on Cancer created headlines around the world when it said processed meats do cause cancer.

It also said red meats were "probably carcinogenic" but there was limited evidence.

In the UK alone, it is thought processed meat leads to about 5,400 cases of bowel cancer every year.

Links with heart health and type 2 diabetes have also been suggested.

The scientific consensus is eating a lot is bad for your health. 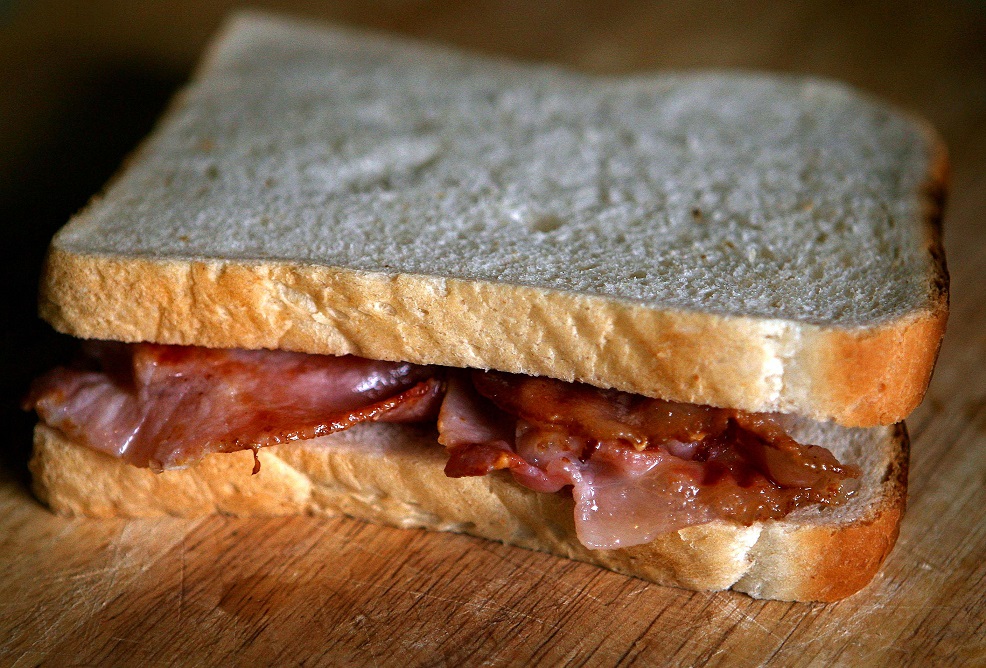 What does the study say?

The researchers - led by Dalhousie University and McMaster University in Canada - reviewed the same evidence others have looked at before.

The findings, published in Annals of Internal Medicine, suggest if 1,000 people cut out three portions of red or processed meat every week for:

The risks reported are broadly similar to what has been suggested before - but the interpretation of what they mean is radically different.

"The right choice for the majority of people, but not everyone, is to continue their meat consumption," one of the researchers, associate professor Bradley Johnston, told BBC News.

"We're not saying there is no risk, we're saying there is only low-certainty evidence of a very small reduction of cancer and other adverse health consequences of reducing red meat consumption."

How has the study been received?

Statisticians have broadly supported the way the study has been conducted.

Kevin McConway, emeritus professor of applied statistics at the Open University, called it an "extremely comprehensive piece of work" .

And Prof David Spiegelhalter, from the University of Cambridge, said: "This rigorous, even ruthless, review does not find good evidence of important health benefits from reducing meat consumption

"In fact, it does not find any good evidence at all."

What about its conclusions?

This study has, quite frankly, gone down like a lead balloon, with many in the field disagreeing with how the findings have been interpreted.

Public Health England officials told BBC News they had no intention of reviewing their advice on limiting meat intake.

The World Cancer Research Fund's Dr Giota Mitrou said the "public could be put at risk" if they concluded they could eat meat to their heart's content, as "this is not the case".

Prof Nita Forouhi, from the University of Cambridge, said: "They stated that the magnitude of the link is small, is it?"

The study suggests there would be 12 fewer cases of type 2 diabetes as a result of 1,000 people cutting three servings of processed meat a week for a just over a decade.

And she said: "For a common condition such as type 2 diabetes, at a population and country level, that is not trivial."

Why is the quality of the evidence so poor?

Welcome to the challenging and difficult world of nutrition research.

As you can't lock people up for a lifetime and force-feed them to determine the health impact of different foods, you have to rely on imperfect research.

There are two main types of scientific study in this field:

In observational studies, you can follow huge numbers of people for decades, record how they behave and see what happens to their health. But teasing apart the role of one foodstuff out of all the things they eat and all the other things they do is a challenge.

In a randomised trial, you set people different diets. But they don't stick to them forever and you need them to follow them for years before diseases such as cancer or a heart attack emerge.

"The scientific community needs to acknowledge that doing clinical trials of specific food interventions, unlike pharmaceutical products, and following people up over long periods till disease or death occurs are simply not feasible," said Prof Forouhi.

We live in a world of imperfect data and it's not about to change.

How does anyone make sense of this?

The weight of scientific opinion falls on the side of reducing red and processed meat consumption.

This analysis and those that have gone before have highlighted similar risks and it is worth noting the report's authors point out: "We're not saying there is no risk."

But the question of whether reducing red meat is going to make a difference to any one individual is very difficult.

For example, about six out of every 100 people in the UK develop bowel cancer at some point in their lives.

But what no-one can tell you is whether you will be that one extra case.

How much red meat should people eat?

The NHS advises anyone who eats more than 90g of red or processed meat a day to cut down to 70g a day, on average.

"While it can form part of healthy diet, eating too much can increase your risk of developing bowel cancer,"

Is this the full picture?

Meat is only one aspect of diet - previous studies have suggested vegetables can have a big impact on health.

And health is only one reason for assessing how much meat to eat.

Diets that cut down on meat or eliminate it all together - from flexitarian to vegan - are becoming more popular.

Beef and lamb do tend to have relatively high greenhouse gas emissions, although farming practices around the world make a big difference.

There have been attempts to reconcile all these things and come up with a "planetary health diet".

And it recommends most protein should come from nuts and legumes (such as beans and lentils) instead of meat.