Extended stop and search powers for police officers in England and Wales are to be made permanent under government proposals.

The powers allow officers to carry out searches without the need for "reasonable grounds".

What is a stop and search?

In England and Wales, stop and search is the power given to police to search an individual or vehicle if they have "reasonable grounds" to suspect the person is carrying:

What is a Section 60 order?

A small proportion of stop and searches can currently be carried out without requiring "reasonable grounds". These are called Section 60 orders.

A Section 60 can happen in a set area - usually a neighbourhood, or sometimes a whole borough - for a defined period of time.

Often this follows a violent incident, or if police expect a crime to take place.

The government intends to continue these powers.

Why is this controversial?

A quarter of those searched were black people, according to Home Office figures.

However, only 4% of searches led to an arrest, says the campaign group Justice. 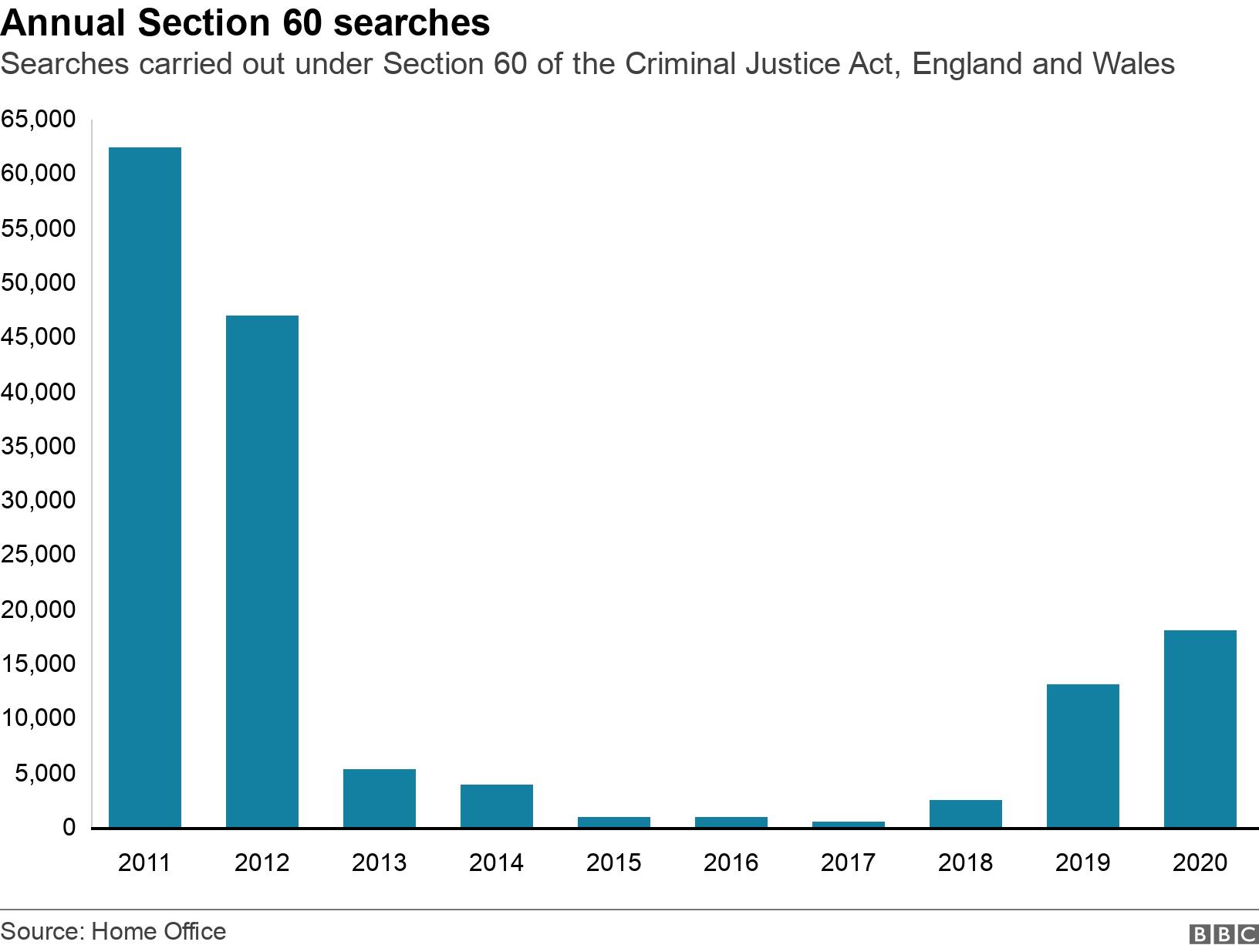 How many stop and searches are there altogether?

Stop and search has fallen significantly since its 2009 peak, when 1.5 million took place in England and Wales.

That coincided with the Metropolitan Police's Operation Blunt II, which tackled knife crime in London, a scheme supported by Boris Johnson, then the city's mayor. 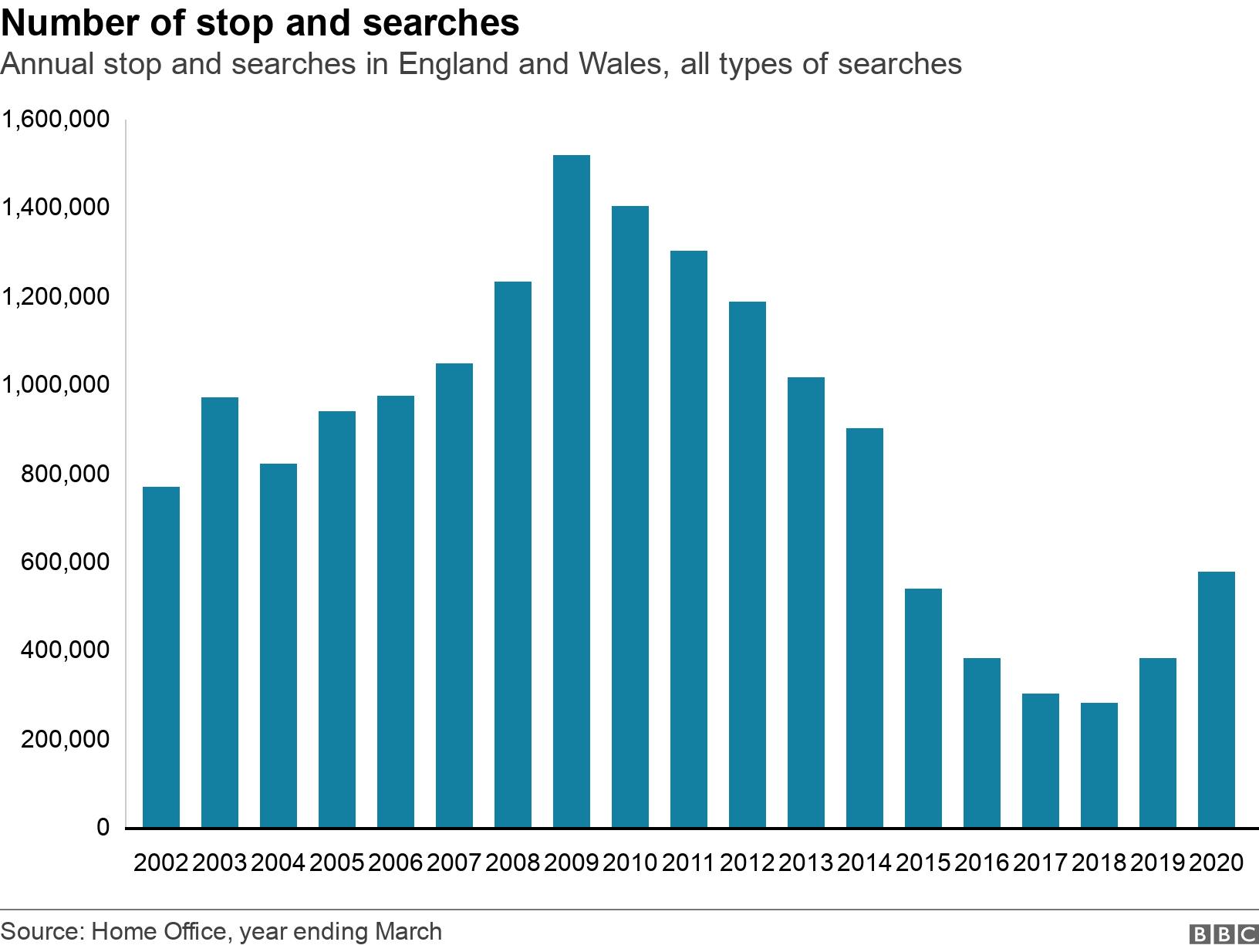 Does stop and search work?

A number of reports have questioned its impact, including some commissioned by the government.

A key criticism is stop and search has little impact on the level of crime in an area.

Another measure is how likely they are to lead to an arrest.

Since 2014, the proportion of stop and searches resulting in an arrest has doubled. But overall, the amount of arrests has dropped.

It's worth pointing out though that not all searches where something is found will always result in arrest, such as small-scale drug possession. What rights do you have if you're stopped?

Police officers cannot stop you because of your race, gender or any previous criminal record.

You must comply if stopped by the police.

However, they should also tell you:

An officer can ask you to remove gloves, a jacket or coat.

However, if they want to remove anything else (including religious clothing) they must take you out of public view. You should also be searched by someone of the same sex if this happens.

You are able to record a stop and search, but must not obstruct it. Many officers also have body cameras.

If you have a complaint you should be given contact details from the officer, or find them online.

Has stop and search always been controversial?

Stop and search was mentioned as a key cause of tensions in reports after the 1981 Brixton riots and the racist murder of Stephen Lawrence.

The inquiry into Mr Lawrence's murder led to the Metropolitan Police being labelled "institutionally racist". The debate on police practices and culture which followed led to better recording practices on ethnicity and stop and search. 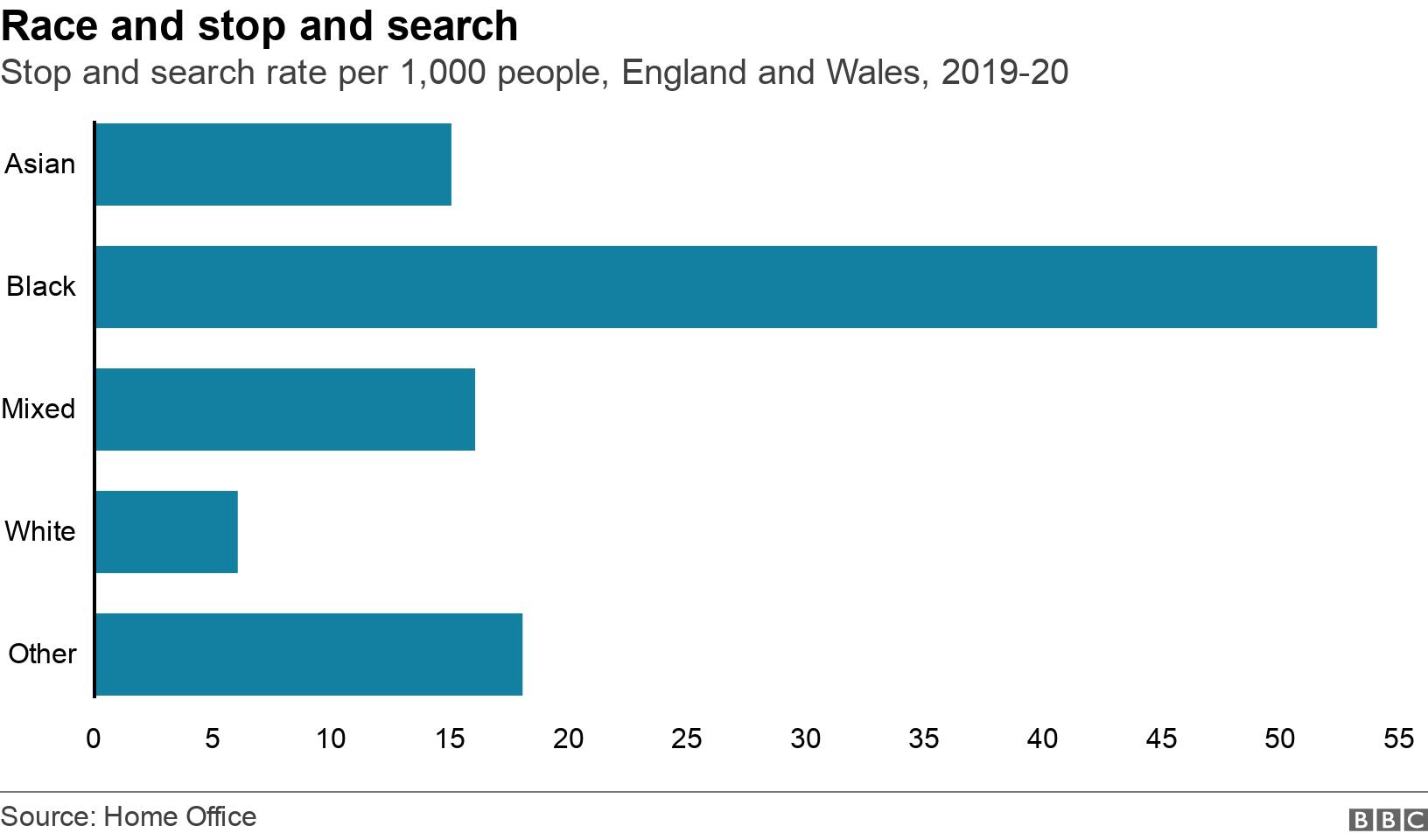 MP David Lammy's 2017 review of police and courts' treatment of black and minority ethnic groups, said those communities felt the justice system remained "stacked against them", with stop and search at the forefront.

What about Scotland and Northern Ireland?

The laws in Scotland and Northern Ireland are different, but there are many similarities with those in England and Wales.

For example, reasonable grounds are needed for most searches and there are a number of rules that the police must follow.