Kano's last album, the 2016 MOBO-winning Made in the Manor, was an introspective reflection on his journey, friends, family and rivals. This time around, with knife crime at a record high, the east London MC is looking and speaking out.

The 34-year-old rapper / actor has a starring role in the returning crime drama Top Boy and his sixth LP Hoodies All Summer sees him combine music and drama to devastating effect.

The powerful music video for lead single Trouble begins with a sample of an old speech by the late activist Darcus Howe, blaming politicians and police for failing black communities and creating disharmony.

Kano picks up the threads of Howe's argument in his eerily-jaunty opening verse: "Politician, hush don't make a sound / Been oppressing us couple centuries now / And these gunshots never reach your town / It's never on top when you leave your house."

The whole piece then crashes down to a gospel prayer after the video's young protagonist, Nate, is stabbed to death in broad daylight while playing with his friends. Now with more than 100 people having been fatally stabbed in the UK this year - the youngest, Jaden Moodie, was just 14 years old when he was killed in nearby Leyton - Kano wants his music to become "a direct conversation with people of the community that I'm from".

"I do see what's going on, things do trouble me and it's natural that will creep into my music," he says. "I don't want to be a preachy person. It's more like 'I get it.'

"'I know the wider world might not get it and I know the media might not get it when a kid gets stabbed and they throw him up on screen and act like he was a gang member when he wasn't - trying to blame the parents and everyone but the system that's been created." 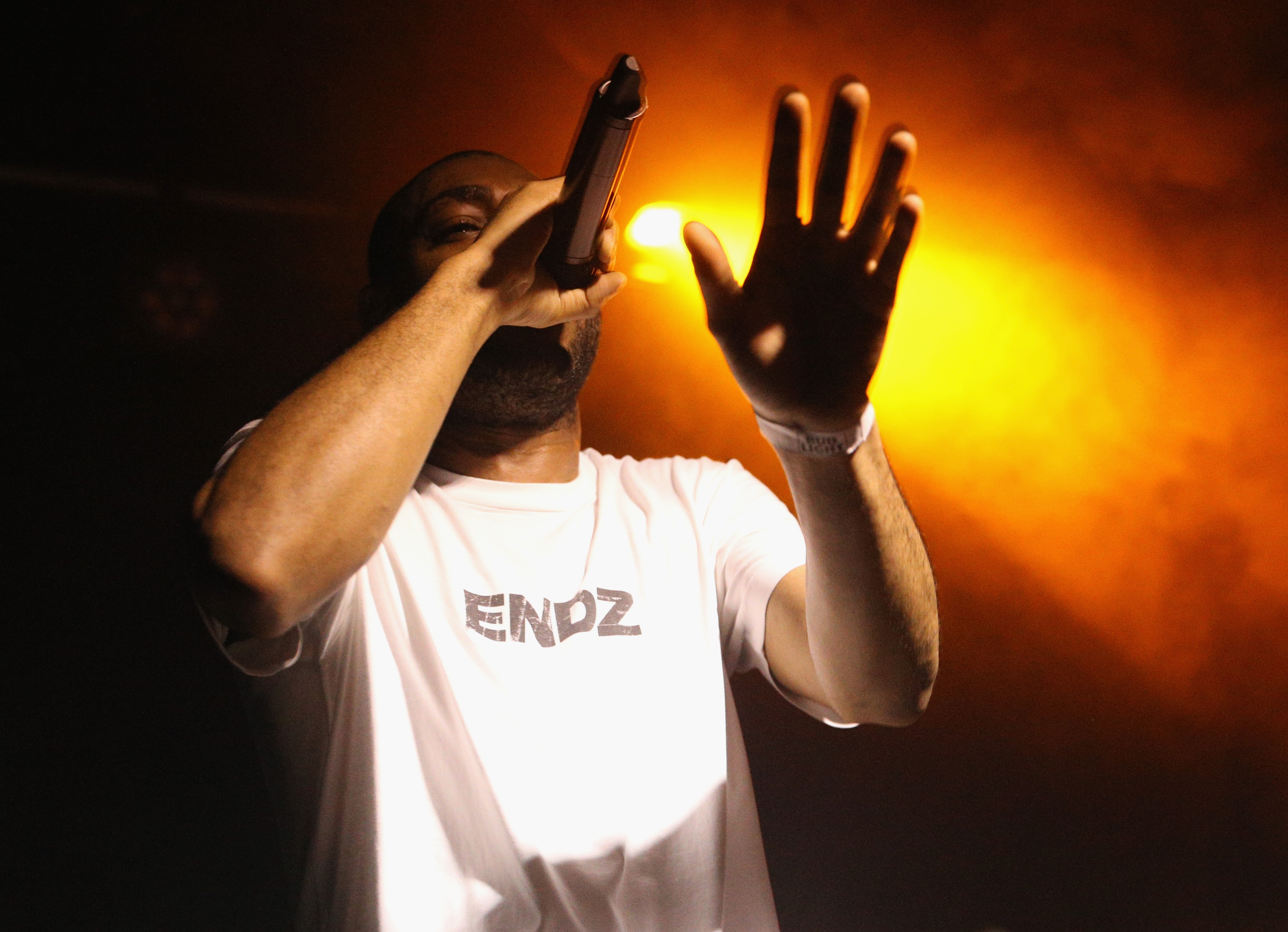 "I think great art poses questions and doesn't necessarily give answers and solutions - that's not what I'm trying to do," he adds.

"I'm here to show you my perspective, as an older person. I'm not silly enough to think someone's going to stop violence.

"I'm just trying to humanise situations and represent voices that aren't being represented."

"In these times of uncertain political leadership, the endz have found their own prime minster in Kano" he writes.

"The endz minister?!" laughs Kano, whose real name is Kane Robinson. "I don't want that job - it's hard enough doing the jobs I do right now!"

After thanking Femi for those "kind words" he stresses the importance of his own being able to "stand the test of time."

"This album in particular I just kept thinking about myself in the future, looking back and could I be proud of what I've done?

"If I had an album full of party tunes in a time like this, would that be acceptable for the artist that I believe I am?"

That's why, when other artists are drip-feeding a constant supply of "content", Kano is happy to operate in his own time and on his own terms.

His new record, featuring Kojo Funds, Popcaan and Lil Silva, melds UK hip-hop, grime and garage influences, as well as jungle and dancehall - reflecting his Jamaican roots. The penultimate track, Class of Deja, sees him re-connect with Ghetts and D Double E - all members of the legendary N.A.S.T.Y Crew, who are widely considered pioneers of the grime scene in the early noughties.

Kano says he's pleased to have "inspired a generation of young artists," recalling how, before the scene exploded and started putting "dollar signs" in people's eyes, artists like himself, Wiley, Dizzee Rascal and Lethal Bizzle were spitting bars on pirate radio simply "because we loved it".

One of the young fans galvanised by those trailblazers was Stormzy - who made sure to thank Kano and his cohorts for "paving the way" during his historic Glastonbury headline performance in June.

Likewise, Kano acknowledges Stormzy in his album opener, Free Years Later. But rather than celebrate his success, he recalls how police allegedly kicked open his front door, after a neighbour mistook him for a burglar. As Kano notes, "as a young, successful black man in this country - in some people's eyes you still don't belong".

Perhaps that's why he's determined to colonise spaces that aren't a natural home for UK rap - with a five date-tour of lavish venues like the Royal Albert Hall and Manchester namesake the Albert Hall, in October.

"I don't remember many moments of our kind of music in those buildings," he observes.

Before that, however, the star will reprise his debut acting role as Sully, a drug dealer on the fictional Hackney estate of Summerhouse, in Top Boy.

The cult series looked to have bitten the dust after being dropped by Channel 4 in 2014, only to be saved by high-profile fan and soon-to-be Netflix executive producer, Drake.

"He just let them know 'I'm a big fan of the show. If there's anything I could do to help get it back I would love to do so. I'm serious.'

"Shortly after that we sat down, me, him and [actor] Ash [Walters] and spoke about our ambitions.

"He was like 'I don't want to get involved in creating it. I want you guys to do what you do.'"

While there's "definitely no cameo" from Drizzy there will be appearances from Dave - "a natural on camera" - and the "unstoppable" Little Simz.

How then do so many rappers - from Will Smith to Queen Latifah - move into acting so seamlessly?

"Hip-hop is the art of story-telling," Kano muses, noting how acting is "allowing yourself to become vulnerable".

"Maybe there's a confidence that it takes."

Confidence, and looking out, as well as looking in.

Hoodies All Summer by Kano is out on 30 August and Top Boy returns on 13 September.