General election 2019: The Isles of Scilly challenges of a winter vote

Storm force winds combined with one of the lowest tides of the month could delay the results in one of the most marginal seats in the country.

The Isles of Scilly off Cornwall form part of the St Ives constituency and votes cannot be counted until the papers have been collected by boat.

Winds of 60mph are forecast on Thursday meaning it may not be safe to do so.

The islands have an electorate of 1,660 and the seat was settled by 312 votes in 2017, when the Conservatives won.

When polling closes at 22:00 on Thursday, the process of trying to get the voting papers to the largest island, St Mary's, from the four smaller inhabited islands would begin.

Low tide is set to be one hour after polls close on Thursday and there would not be enough water for boats to access the islands of Bryher and Tresco.

A member of the election team based on the Isles of Scilly said having an election in December made interference from storms more likely.

"If the weather is good, the state of the tide means we hope to be able to get the boxes from the off-islands at around 01:00," he said.

"If the weather doesn't allow boats to move safely in the dark we will have to wait until about 07:00 on Friday morning and assess the safety risk of collecting them."

He added on Monday: "We are aware of the very high winds forecast for Thursday and Friday and will make a call as the week progresses.

"We will speak to the boatmen and look at the weather and give our advice to Cornwall Council." 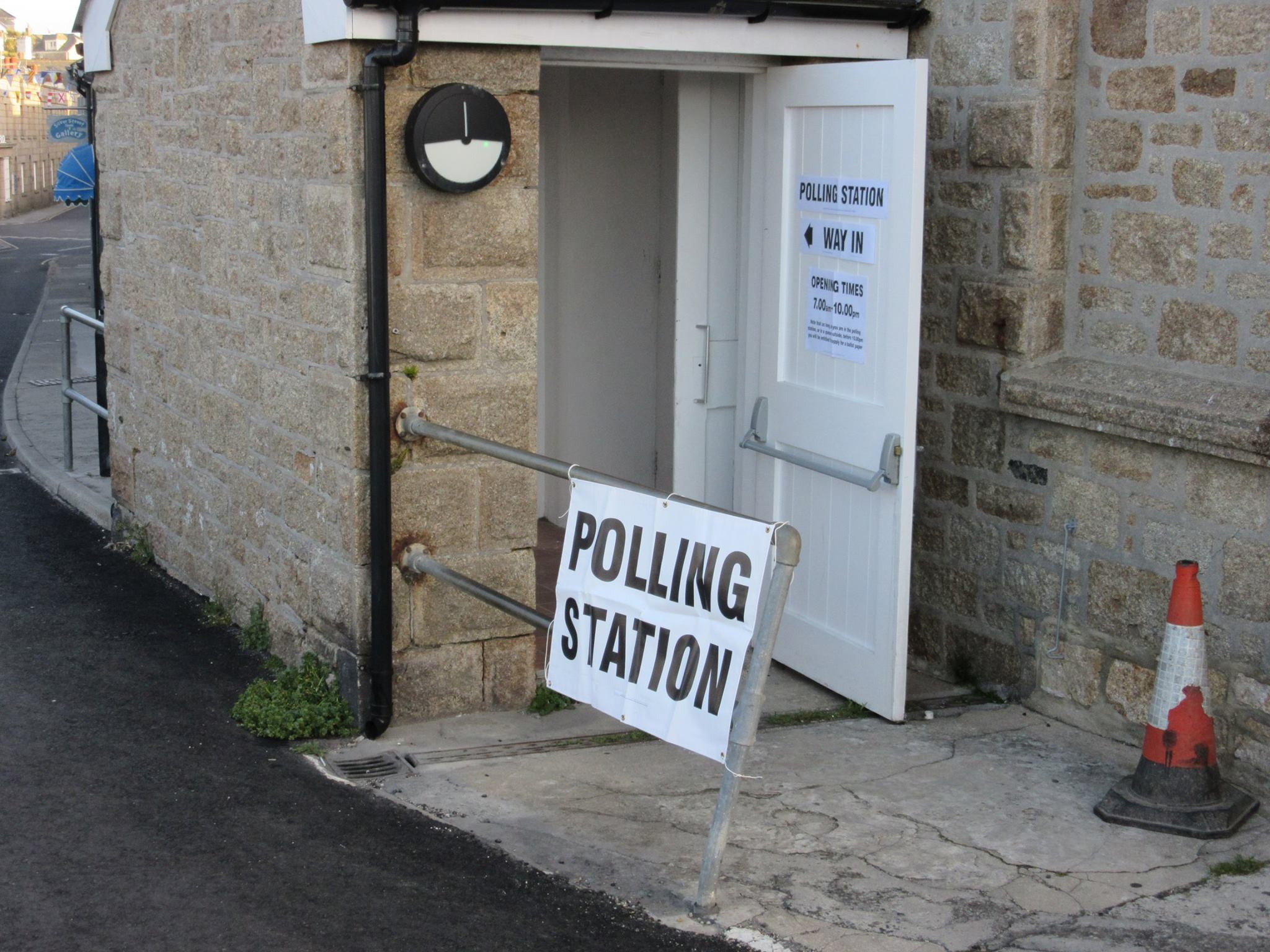 The votes would be gathered from the smaller islands and taken to St Mary's, where they would be counted and added to the numbers from the rest of the constituency.

Cornwall Council said "making sure that the votes are delivered to St Mary's safely and promptly is our utmost priority".

The St Ives constituency is frequently one of the last to declare in the country, and in 2015 it was the final result announced. Following the 2017 election Cornwall Council was given a directive by the Electoral Commission to improve "timeliness of declarations".

Kate Kennally, chief executive of Cornwall Council said: "The ballots being counted on St Mary's means the count can start at night rather than the next day which had previously happened."

Prior to 2017, ballot boxes were stored overnight under police guard in a cell at St Mary's Police station, before being flown to the mainland the next morning so they could then be counted.

There are five polling stations in the Isles of Scilly, one on each of the inhabited islands.

The St Ives constituency cannot declare until the Scilly votes have been counted.

The result from St Mary's would be phoned through to the count at the Carn Brea Leisure Centre in Camborne, where the totals would be added to those gathered from other polling stations across the constituency.

A list of candidates standing in St Ives can be seen here.

Can Prince Andrew be forced to testify?

Beyond Today: What's happening with coronavirus?

What is Huawei and how could it be a security threat?

10 things we spotted in the Oscars class photo