General Election 2019: The untapped influence of the non-voter

Not going to vote? You're not alone. The reasons vary - cynicism, feeling powerless, feeling uninformed - but across the UK, almost a third of the electorate didn't use their right to choose their MP in the last few elections.

But if you think your vote doesn't matter, you could be wrong. The number of non-voters is greater than the sitting MP's majority in 551 out of 650 constituencies: that's more than 80%.

Take Boris Johnson's constituency of Uxbridge and South Ruislip, for example: 23,716 people voted for him in 2017, giving him a majority of 5,034. However, 22,798 voters on the electoral register didn't turn out at all. That means he has a theoretical majority of just 918 over those who didn't vote.

That puts him just beyond the 142 seats where there were more non-voters than people who voted for the winning MP.

In some seats the gap between the winner and second place was incredibly tight. In 11, the MP won by fewer than 100 votes. Yet in each of those there were between 12,000 and 30,000 registered electors who didn't turn out.

To put it another way, if all those unused ballots had been counted towards a single separate party, it would have won more than 140 seats in the House of Commons.

These figures include spoiled and rejected papers among those who voted. However, they only take account of those who were registered to vote.

That means the actual number of non-voters could be even higher because millions of potential voters are either incorrectly registered or not registered at all.

The data on turnout by ethnic group is patchier, but the Runnymede Trust says self-reported turnout in 2017 ranged from 74% to 91% for people of South Asian descent, 51% to 85% for black Caribbeans and Africans, and 82% to 83% for white British voters.

The deadline to register to vote for the 2019 general election is Tuesday 26 November.

Constituencies with the smallest majorities after the 2017 election

In more than one in five seats there were so many non-voters they outnumbered the people who voted for the winning MP in 2017.

So, where could non-voters have had the most impact?

In some areas more than four out of 10 voters stayed away altogether.

But in some places, even if every single non-voter on the register went to the polls, the outcome still wouldn't change. There were 99 of these seats in 2017, and their number has been increasing.

Among them is Islington North, where Labour leader Jeremy Corbyn is the local MP. In 2017, 40,086 people voted for him, ahead of just 6,871 for the Conservative candidate in second place, giving Mr Corbyn a majority of 33,215. He increased his share of the vote by 12.7% and was safe from any change of heart by the 20,184 people who did not vote at all.

In West Bromwich West, almost half of registered voters did not turn out at the last general election. And in the town of Wednesbury, some people are not swayed by their untapped power. 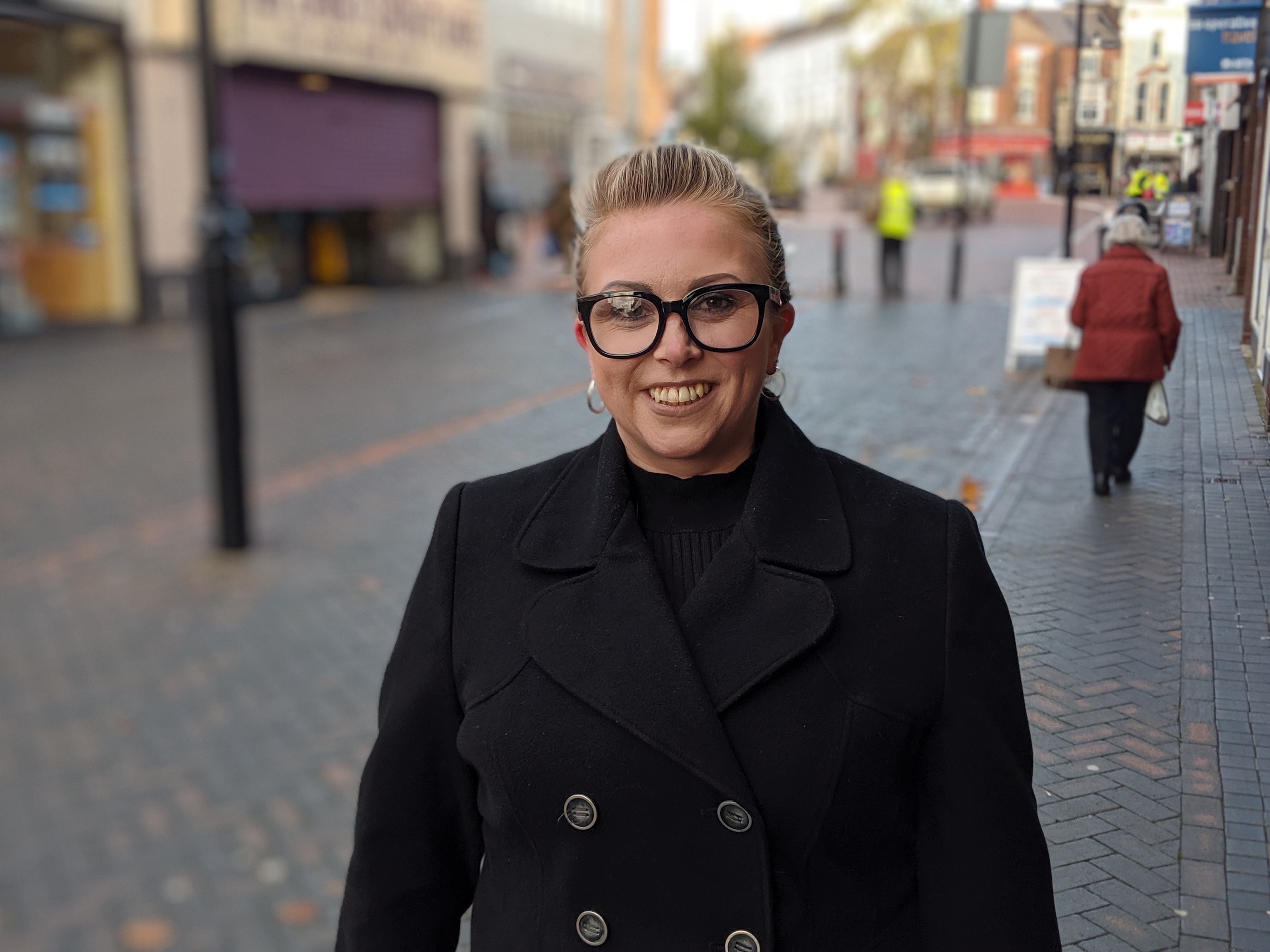 I just don't believe anything any of them say

Trainee retail manager Danielle Robbins, aged 39, said: "The news is all just about Brexit, every single day. I didn't watch the news for two years because that was all that people talked about and then when I did start watching again, they were still going on about it." 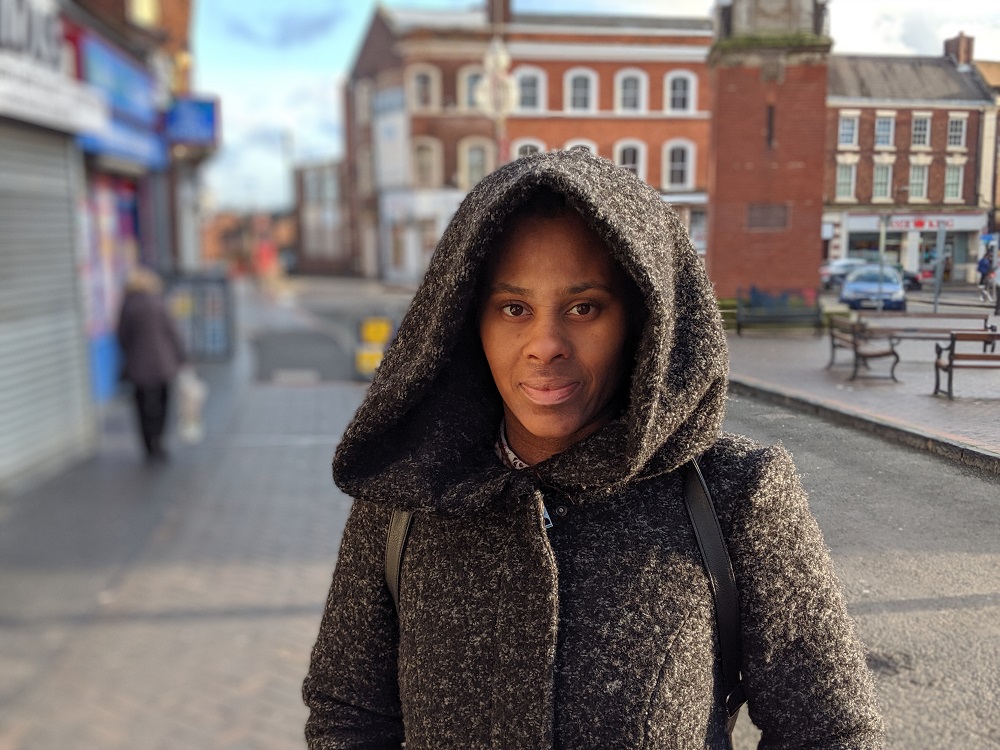 Politicians are just saying things to make themselves sound good

Safiya Elwin, a 32-year-old fashion student and mother of seven, said: "They just want votes off people and then we don't matter any more.

"Politicians just do things according to their own plans and predictions."

If people could vote directly for their leader, in the way the USA elects its president, she might be more inspired.

"That would at least give us more of say."

What puts off people from voting?

Everyone will have their own reasons.

"Some people feel it's pointless as they are just one out of tens of thousands of voters in their constituency. There's a sense of powerlessness to it, that this isn't going to help them get their voice heard," says psychologist Helen Haste, emeritus professor at the University of Bath. She's researched civic participation among young people.

"A lot of people don't feel a particularly strong duty to vote, while some feel that as citizens it is their obligation to. Others see it as a privilege."

If people feel strongly about an issue and know that the result could have an effect, they are more likely to vote, says Prof Haste.

Are young people registering to vote?

They are. More than a million of those who have registered to vote since September are under 25. They made up almost a third of those signing up for a polling card.

What about me? Am I registered to vote?

Every year each household is sent a form to check that the voter registration records are up to date.

It lists everyone of voting age the local council is aware of living at the property.

However, adding a name to the form does not register the person to vote. Each person has to register individually for a ballot paper.

Adrian Chiles talks to habitual non-voters about why they choose to abstain in The Unheard Third on BBC Radio 4 - 11am, Monday 2 December.

The prince says he and Meghan wanted to continue serving the Queen, but "that wasn't possible".

Preparing for a volcano to stir

The river that’s a legal person

Should words like 'peng' or 'bruv' be banned in class?

Are migrants who cross the Channel sent back?