Despite the seismic consequences of the general election, just 17% of constituencies switched allegiances from one party to another.

Nearly half of these 111 seats were in Scotland, as the SNP went from being represented by six MPs to 56. 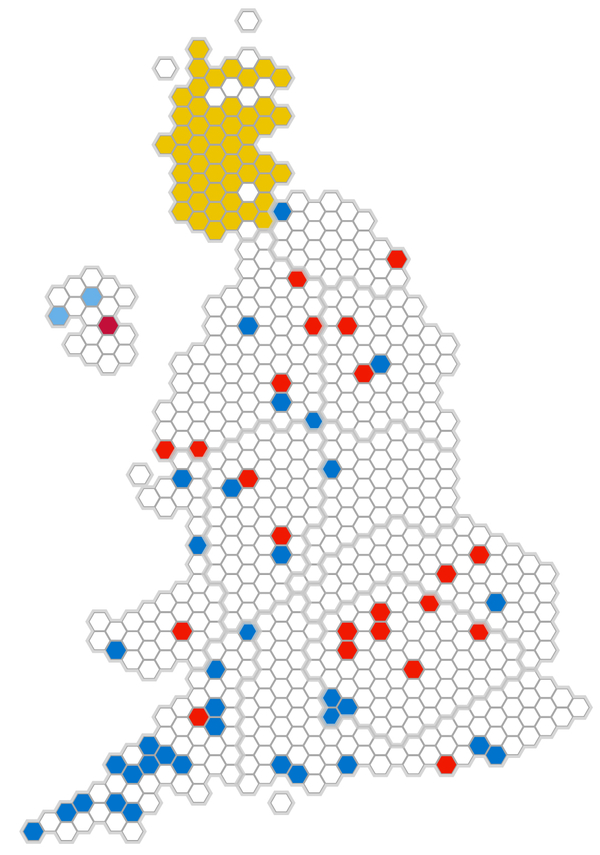 The rest were concentrated in south-west England, where the Conservatives won over many of the Lib Dems' former strongholds, and northern England, where Labour made some gains.

Note: The data displayed on the map compares the 2015 results with those of the general election in 2010. Changes from three by-elections in the intervening period - Rochester and Strood, Corby, and Bradford West - are not shown.