Hoarder: 'My house was a hovel'

Interactive How a scheme for hoarders helped one woman 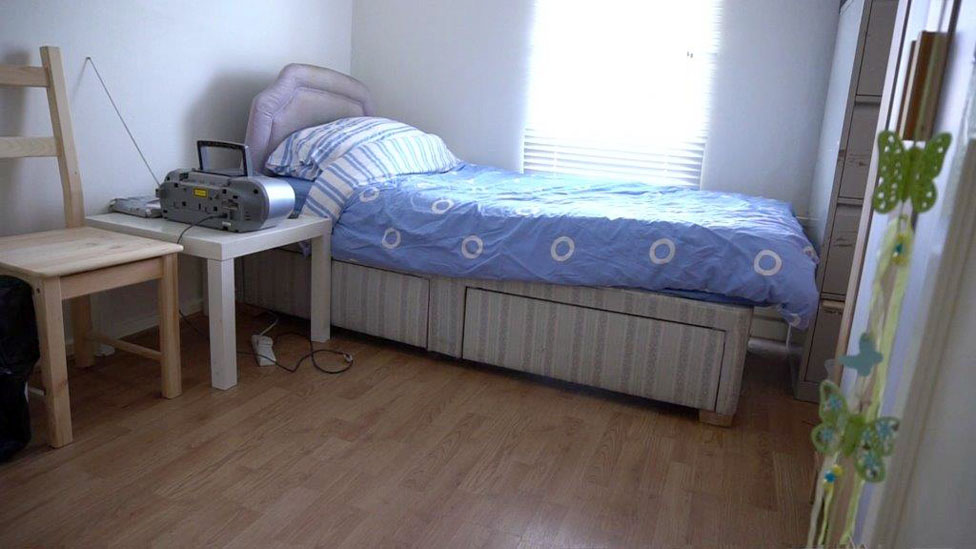 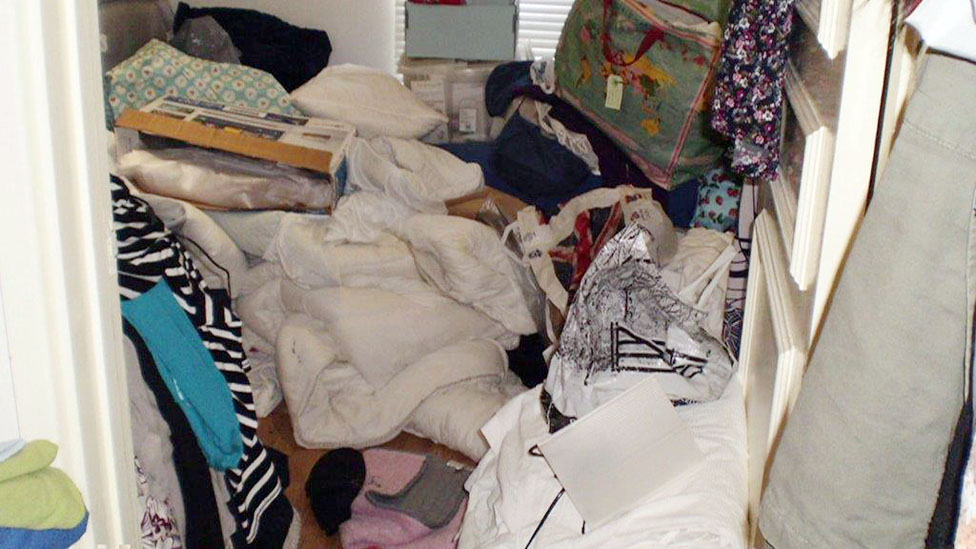 "I use the word hovel, because it was."

Sarah was so ashamed of her cluttered house, she wouldn't allow people in and lived in fear of things breaking down in case workmen needed to come in.

The shame meant she used to keep the curtains drawn. "I just wanted to hide away and I was worried about people outside seeing how messy it was."

Hope finally arrived with a council scheme for hoarders, where trained counsellors act as declutter buddies, helping practically - and emotionally.

How does the hoarding scheme work?

Under the scheme, funded by Croydon Council and developed and run by the charity Mind in Croydon, hoarders attend group meetings over a 12-week period, as well as one-to-one sessions at home with their declutter buddies.

"In the group sessions... we actually look at why - why did we start hoarding, why do we find it difficult to get rid of stuff and strategies as to how we might tackle all those difficulties," says Sarah (not her real name).

The one-to-one sessions involve practical measures such as bagging up items, taking boxes to the charity shop or filing papers.

"My buddy's great and she literally rolls her sleeves up and works with me," says Sarah. "But sometimes she just listens to me cry and vent, until I'm ready to do a bit of work."

Where are you on the 'clutter scale'?

Hoarding: 'Thousands of homes could be at risk of fire'

BBC All In The Mind: Hoarding Disorder

It's this dual element of the project that Mind in Croydon believes is at the root of its success.

"It's more important than helping them sort out their rubbish and take clothes to the charity shop. That's what makes it work.

"It's the counselling support in helping people understand the reasons why they acquire, why they hoard, that actually supports them through the process of letting go.

"People are so psychologically, emotionally attached to their things and to their thought processes that we can't ride roughshod over those. We have to take those into account and work through them before or during the process of decluttering."

"Absolutely not - it's not a choice at all," says Di, "Of the hoarders that I've met, if they could change, they would have changed."

Di says hoarding is symptomatic of much wider problems.

"People are hoarding in response to unresolved psychological issues, often traumatic experiences, in their life. People hoard for a reason; people acquire for a reason. They can't let go for a reason."

In May 2013 hoarding was officially recognised as a disorder.

It's estimated that between 2% and 5% of adults in the UK may have symptoms of a hoarding disorder.

What are the signs of having a hoarding disorder?

Hoarding disorder is defined as the urge to acquire unusually large amounts of possessions and an inability to get rid of those possessions - even when they have no practical usefulness or monetary value.

According to NHS England, someone with a hoarding disorder might:

So how did the disorder manifest itself for Sarah?

Sarah had hoped moving to her new house four years ago would be the start of a new, happier era of her life - but it was not to be.

"For about a couple of months this place was immaculate and then it all started to go downhill again - for most of the four years I've felt ashamed of it, hated it, hated me for leaving it like this.

"There was that typical thing of a walkway through to the kitchen but you know everywhere else was covered. I had like my little nest so I had my chair which I kept relatively clear - or clearable."

Her major weakness was to buy excessive amounts of cosmetics.

"But I think what Sarah realised... was that what she needed to do was work on how she felt, not what she looked like to the outside world."

Why is the council funding this scheme?

Councillor Louisa Woodley, cabinet member for families, health and social care at Croydon Council, says hoarding is a safeguarding issue, not just for the hoarders themselves, but for those around them.

"It's the start of something that can become much more serious, so if you can get in at the start, as they say, 'A stitch in time saves nine.'

"We don't realise the extent to which people can become socially isolated because they're a bit ashamed of having people round to visit and if we can empower them to begin, to have a buddy, to begin dealing with those issues - it's a continuum."

Councillor Woodley says the hoarding programme is likely to save the council money in the long term.

"We do think that by doing this, we would prevent ourselves having to spend much more money - people would cost us much more in the long run, if they had to go in to residential care, if there were a fire in their home.

"The consequences, the results that we'd have to deal with would be much more expensive."

The National Fire Chiefs Council warns that the homes of hoarders are significant fire hazards because flames spread more quickly due to the number of items.

Fires in the homes of hoarders can also be complex and dangerous because access is often restricted.

Does the project work?

Croydon Council says its decluttering course has been a great success and it plans to run more in the future.

Sarah has now successfully cleared the downstairs of her house and her spare room. Her next aim is to tackle her bedroom.

But while she still has a way to go, attending the course has been a life-changing experience for Sarah.

"It's a pleasure to be in [the house] now, I used to come in and it was... just too horrible to feel it was a home.

"It felt like a vice round my head and that's kind of been released. So yeah, I do feel proud, but the biggest thing is that I can enjoy it - it's really nice to be here now."

Can I go for a walk in the sunshine?