The government has suspended the "triple lock", the policy used to set how much the state pension rises each year.

It follows concerns it would have produced an unaffordable rise in the next year.

What is the triple lock and how does it work?

At present, the state pension is supposed to increase each year in line with whichever of the following three things is highest:

This is known as the triple lock.

It was introduced by the Conservative/Liberal Democrat coalition government in 2010.

In its 2019 election manifesto, the Conservative Party said it would keep the triple lock in place for the duration of this Parliament.

Men and women are currently entitled to the state pension at the age of 66, but this is scheduled to rise.

Why is it being suspended?

During the Covid pandemic, many people were earning less than usual because they were placed on furlough.

Now, as people come off furlough and return to full pay, this has been recorded as a large rise in average earnings - an estimated 8% from May to July 2021.

Under the rules of the triple lock, this would mean that state pensions would need to rise by a similar amount.

It is an unusual and unique situation as well as an awkward dilemma for the government. It is trying not only to pay back debts built up over the pandemic, but also to find money for its social care plan. 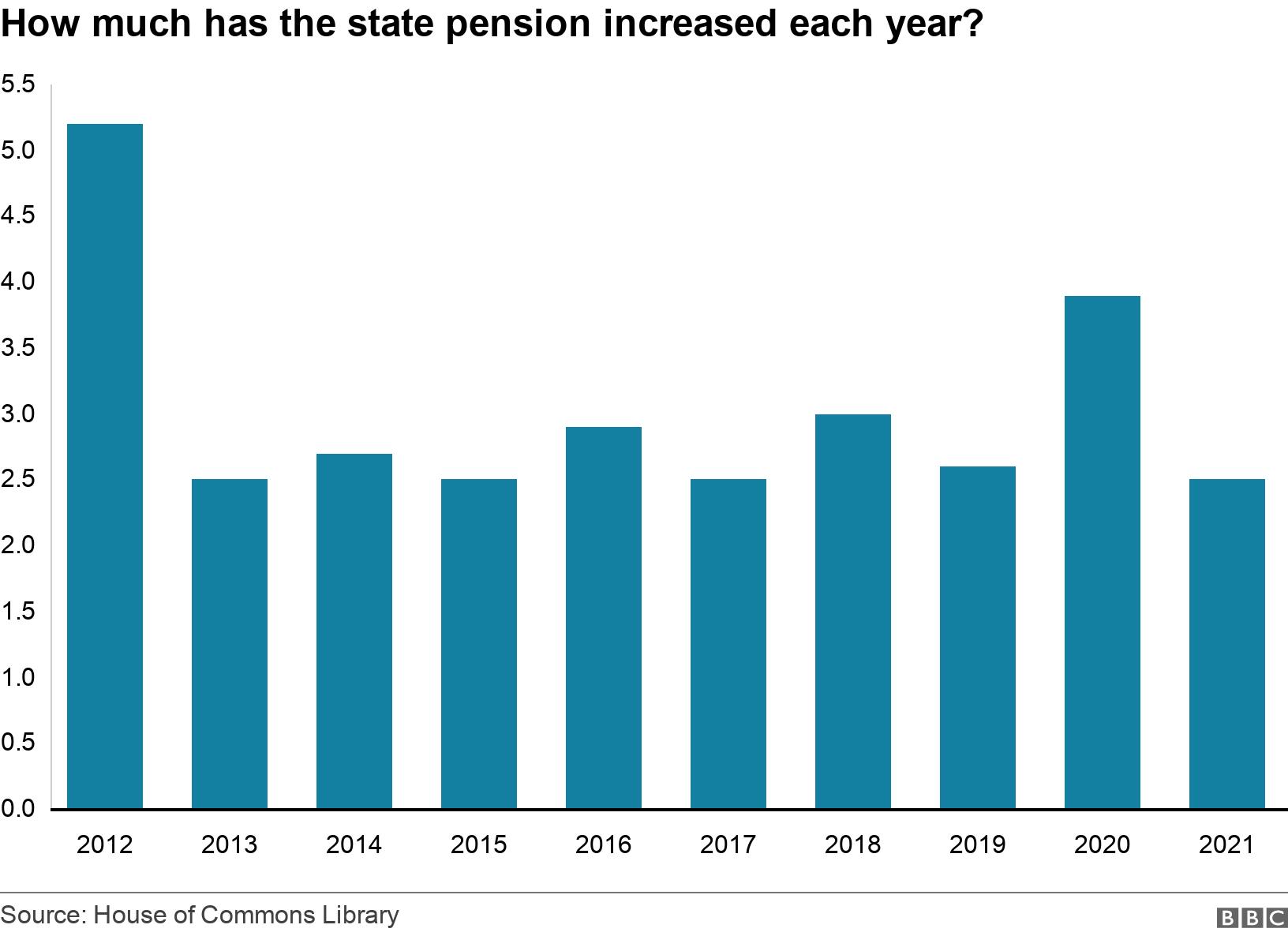 What has the government announced?

Work and Pensions Secretary Therese Coffey has said the triple lock is to be suspended for 2022-2023. Instead, the state pension will be determined by either the inflation rate or 2.5%.

She said the triple lock would then be restored for the remainder of this Parliament, which ends in 2024.

What is the current state pension worth?

Could the triple lock disappear for good?

Charities representing the elderly are worried the suspension may turn out to be permanent.

They argue the state pension is relatively little to live on, and low alongside international comparisons.

For some pensioners, particularly women, it may be their only source of income if they had little or no opportunity to build up a private pension.

The triple lock guarantee was introduced to ensure pensioners did not see any rise in their state pension being overtaken by the rising cost of living, nor that the working population would be see a much bigger income rise than them each year.

However, it has proved to be a very expensive policy.