Heathrow Airport expansion: Why is it taking so long?

The government has given the go-ahead to a third runway at Heathrow, but this doesn't mean the building of the runway is set to take place immediately.

It is just the latest chapter in a saga which has gone on for almost 50 years - ever since the Roskill Commission was set up to look at a third airport for London in 1968.

While the government has decided on its preferred option - Heathrow - there will now be a statutory public consultation process before a final decision is made and put to MPs next year.

If all goes to plan, the planning process should be over by 2020 - which is a big if, given the scale of opposition.

Heathrow's plan is to build a new 3,500m runway about two miles north of the existing runways at an estimated cost of £17.6bn, to be operational by 2026.

If in the end the objectors lose their case, it means that many residents in Longford, Harmondsworth and Sipson to the north of Heathrow will see their homes compulsorily purchased for the development.

The Airports Commission, which recommended this solution after examining the issue for three years, said building at Gatwick, or extending one of Heathrow's existing runways, as proposed by the Heathrow Hub group, was less advantageous.

More on what happens next

Why has the decision been delayed?

Various governments have delayed this extremely controversial decision a number of times.

There have been strong arguments, for and against, expanding either Heathrow or Gatwick - and also for doing nothing.

Prime Minister Theresa May has given ministers the freedom to oppose the decision - Heathrow expansion has been fiercely resisted by the Foreign Secretary, Boris Johnson, and the Education Secretary, Justine Greening, among others.

Conservative MP Zac Goldsmith has previously said he would resign his west London seat and trigger a by-election if Heathrow got the go-ahead. His constituency association has said he intends to honour his pledge.

In making this announcement, the economic case put forward by many business groups for Heathrow - especially in the wake of the Brexit vote - seems to have won.

However, many campaigners against a third runway reckon that increased traffic pollution from vehicles associated with a bigger airport is the issue that could stop Heathrow expansion completely.

The problem of building a new runway to serve London is that the south-east of England is densely populated, and wherever a new runway is built, thousands will be affected.

What about the environment?

In December 2015 the Environmental Audit Committee said a third runway should not go ahead at Heathrow until strict environmental conditions were met.

The move was then welcomed by the campaign group Hacan (Heathrow and the Heathrow Association for the Control of Aircraft Noise), which said the government was "in a straitjacket over a third runway".

Heathrow insists that its plans will meet limits on air quality and noise. In the face of likely legal challenges, the government has wanted to make sure its case is as watertight as possible.

Research seen by the BBC earlier this month suggests Heathrow could build a new runway without breaking European pollution laws.

The study, led by Cambridge University, measured poisonous nitrogen dioxide levels using 40 sensors in and around the airport and predicted how the new runway would change things.

Critics, however, claim that meeting these pollution targets would also need London's vehicle fleets to switch from diesel to mainly electric vehicles.

The Aviation Environment Federation (AEF) said the research was "highly speculative" and there was no guarantee pollution levels would fall.

Business leaders have long said that the lack of capacity at Britain's major airports causes them problems. Both the Confederation of British Industry (CBI) and the manufacturers' group, the EEF, have backed expansion plans. 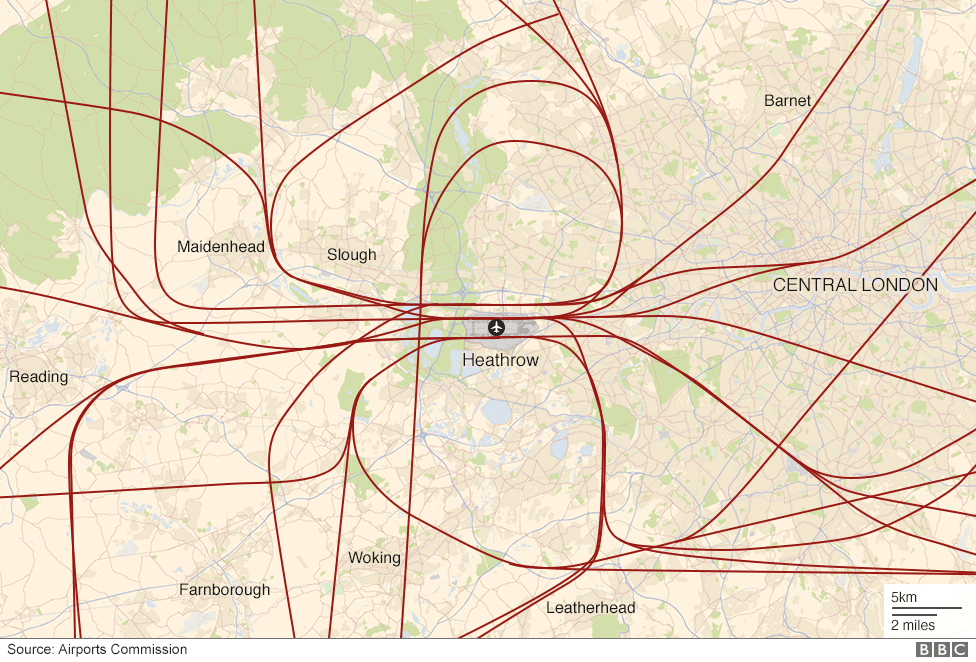 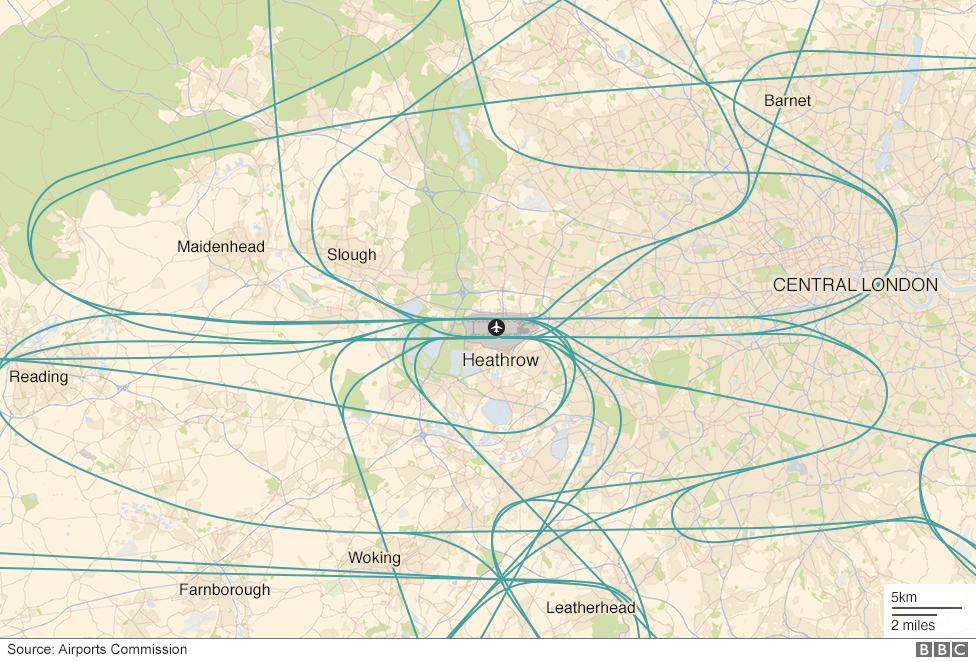 Heathrow is one of the world's busiest airports, handling 75 million passengers in 2015 and it is a major hub - more than a third of travellers use it to transfer to other flights.

However, there is little room for growth at Heathrow - it operates at 98% of its capacity. And it is facing increasing competition from rival airports such as Amsterdam's Schiphol and Paris's Charles de Gaulle, as well as Dubai in the Middle East.

In its report, the Airports Commission said the UK economy would benefit significantly from airport expansion.

By contrast, expanding Gatwick would add up to £89bn to the economy and add fewer jobs. However the Commission also cautioned that putting a precise number on the economic benefits was difficult.

However, as if to underline the caution with which these estimates should be viewed, the DfT has just said that a new runway at Heathrow will bring economic benefits to passengers and the wider economy worth up to £61bn over 60 years - which is less than half the Commission's figure.

Should we be doing this?

Environmental campaigners argue we should be travelling fewer miles by air, not more.

There is also the argument, put forward by some, that pan-European high-speed rail links are a realistic alternative to many short-haul flights, certainly up to 300 miles.

Governments are busy discussing ways to limit our carbon emissions. Increasing flights in and out of the UK will make that harder.

Given that there the decision to build at Heathrow will face legal challenges, some argue that even if we actually want to build a new runway rather than merely endlessly argue about it, then Heathrow is the wrong place.

They say that building further out of London - at Stansted or perhaps Birmingham - where local objections might be more easily overcome, and relying on faster train links to the capital might give the UK extra airport capacity more quickly than at Heathrow.

Why has it been hard to get agreement?

Apart from the politics it also comes down to the cost of building airports.

Ever since Gatwick and Heathrow airports opened for business in the 1930s and 1940s it seems as if we have been arguing about what to do next to deal with the growing demand for air travel.

Cublington, Maplin Sands and latterly "Boris Island" are just some of the sites which have been proposed as the locations of new airports for London.

The Airports Commission rejected the then London Mayor Boris Johnson's proposals for a major new airport to be constructed on an island in the Thames estuary.

It said that its cost, economic disruption and environmental issues made the plan unviable - although other cities like Paris, Hong Kong and Bangkok have successfully moved their main airports.

The UK's post-war history of civil aviation has been punctuated by inquiries, commissions and consultation, producing studies, reports and recommendations. Most of which have been filed and largely forgotten.

We want to travel by air, but none of us want to live under a busy flightpath.