UK house prices have risen by 5.4% in the year to August, according to the Halifax's latest house price survey.

It is the highest annual rate since June 2010.

On the Halifax's measure, the average price of a house also went through the £170,000 mark for the first time in five years.

However, the figures are still well below the peak of the market in August 2007, when the average price was almost £200,000.

The Halifax said housing market activity was up thanks to an improving economy, low interest rates, and government-backed schemes such as Help to Buy.

Earlier this month the Nationwide said house prices in August were rising at an annual rate of 3.5%, slightly slower than in July.

The Nationwide compares prices in one month with the same month a year ago.

Martin Ellis, the Halifax's housing economist, said: "Overall, house prices are expected to rise gradually over the remainder of the year."

The Halifax believes below-inflation pay rises "are likely to act as a brake on the market".

The number of mortgage approvals for house purchases - an indicator of completed house sales - rose by 10% between the first and second quarters of 2013. 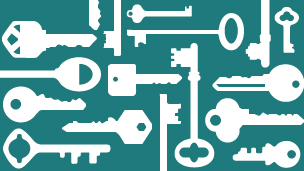 The rise in prices and market activity, coupled with the Help to Buy scheme, which offers a government-backed loan of up to 20% of the price of the property, have increased fears that the country could be heading for another property bubble.

But last month Mark Carney, governor of the Bank of England, said he was "acutely aware" of the risks, and had a "toolkit" of measures he could employ to combat unrestrained mortgage lending.

Matthew Pointon, property economist at consultancy Capital Economics, said: "A short-term imbalance between housing demand and the number of homes on the market is driving price increases.

"But the rise in wholesale interest rates seen over the past few weeks may soon start to feed through to mortgage rates, dampening demand."

There are already signs that mortgage rates may have bottomed out, with some lenders increasing rates earlier this week.