A BBC crowd-sourcing survey into the state of mobile Britain suggests that 3G has some way to go before it offers comprehensive coverage across the UK.

Despite operator claims of 90% or more 3G coverage, there are still many notspots, including in major towns and cities, according to the map.

Those testers able to receive a data connection only got a 3G signal 75% of the time.

For nearly a quarter of the time they had to rely on older 2G technology.

2G typically offers around one tenth the speed of 3G "mobile broadband".

Mobile coverage has become a huge issue as people rely increasingly on their smartphones to surf the web and send email as well as making phone calls.

Last month the BBC invited people to download an app that would collate the 3G coverage their Android handsets were getting.

The experiment aimed to offer a snapshot of coverage.

44,600 volunteers took part, providing testing firm Epitiro with some 1.7 million hours worth of data from around the UK.

"The BBC has undertaken a crowd-sourcing survey that is well beyond any scale seen by the mobile industry in this country or any other," said Gavin John, chief executive of Epitiro.

"Over 44,000 volunteers from the Shetland Islands to the Isles of Scilly participated with 42 million locations tested from every county in England, Scotland, Wales and Northern Ireland."

"For the first time consumers have the means to see 3G coverage precisely where they live, work and travel," he added.

Operators too were broadly pleased by the initiative.

O2 said it "welcomed the crowd sourcing experiment", but added that more detail - for example signal quality - would have been useful.

Take a look at the map

"The issue of coverage is no longer about covering the land mass to meet a percentage target, but about depth and quality of experience," said an O2 spokesman.

"The results don't show the 'experience' on each network - for example, speed or the ability to hold a connection. Simply having coverage does not guarantee a good service."

Everything Everywhere - the parent company of Orange and T-Mobile - said it "was a step in the right direction" for offering consumers transparent information about coverage.

"It is a little too early to tell how much it tallies with our own maps or how we would use the information," said James Hattam, director of service management at Everything Everywhere.

Three was concerned that the picture painted by the map was driven as much by the number of people from each operator taking part as by actual coverage.

"Three has the UK's largest 3G network, but as a newer operator with fewer customers, is necessarily less well represented on this map at a local level," said Phil Sheppard, director of network strategy at Three UK.

If our 3G survey has shown anything it's this - for many thousands of people the quality of their mobile phone signal is of great importance and they are thirsty for more information.

What's striking is that while overall coverage is pretty good, it's still far more patchy than the maps provided by the mobile operators would suggest.

My own experience this week shows that in the centre of a major city, on a major inter-city rail route, in a village in rural Oxfordshire, you cannot rely on getting a good 3G signal.

We know the mobile networks - and Ofcom - will be studying the map with interest. With the 4G auction coming up next year, the challenge for the mobile industry and the regulator is to show that they can improve speeds across the network while ensuring that those people who are in notspots now are not left even further behind in the future

The results suggest that the performance of different operators varies enormously from region to region.

Windsor Holden, an analyst with Juniper Research, homed in on West Sussex.

"There are substantial differences in Chichester where, for example, O2 has poor coverage to the west while Vodafone has issues in the east," said Mr Holden.

"There is probably a correlation to their base station configurations. When these networks were rolled out there was not the attention paid to planning and so networks aren't as efficient as they should be."

The map underlines the need for people signing up to mobile broadband to research coverage in their local area, according to Michael Phillips of Broadbandchoices.co.uk.

He warned that the quality of 3G data services across the UK still varied widely.

"Mobile broadband swings between where fixed broadband was from 1998 to 2003, but many people are expecting the same speeds for their smartphones as they get at home," he said.

"The reality is that 3G is a good service in major cities but it is failing to deliver on trains and in the countryside."

Among the worst places for mobile coverage are the UK's road and rail networks.

"A whole stretch of the A3 has little or no coverage and there are substantial blackspots when people are travelling," said Juniper Research's Windsor Holden.

"Mobile's key advantage is that you should be able to use it anytime and anywhere and that is not the case at the moment. There is no reason why coverage could not be improved in these areas," he said. 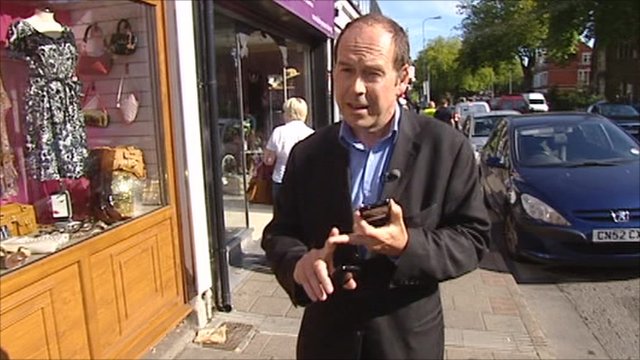 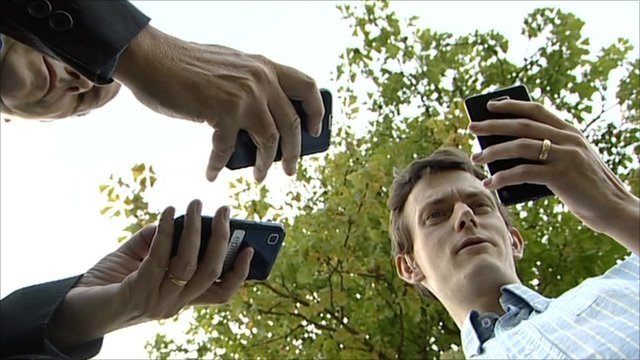 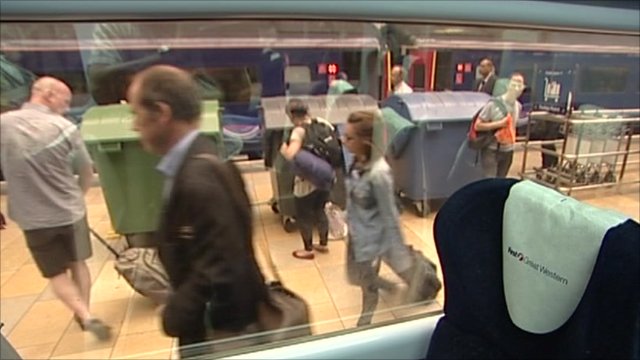 The government has recently offered a cash injection to boost the roll-out of next-generation fixed broadband in rural areas.

It recommended that the upcoming 4G mobile auction should be used as an opportunity to upgrade the UK's mobile infrastructure.

"Effective mobile communication is essential, and we need intervention to improve services. The decision by tens of thousands of people to take part in the survey demonstrates how significant coverage is to people's everyday lives," said panel member Colin Browne.

It is important to note that the BBC's map is a crowd sourced snapshot of coverage rather than a scientific test.

Measuring mobile coverage is complex and the signal that someone receives depends on a number of factors, including whether they are indoors or outdoors, what time of day they are using the phone and what handset they have.

Drive-by tests conducted by Ofcom in Devon recently revealed that often feature phones were a better option for those wanting to just make a phone call in rural areas.

A total of 270 models or variants of smartphones and tablets variants were used in the BBC study, including six varieties of HTC handset and Samsung's popular Galaxy handsets.

The data collected is by far the most comprehensive to date, although it is not the only experiment of its kind.

Opensignalmaps offers a similar service. It has been collecting coverage data since December 2010.

Its 30,000 UK users have mapped 10 million locations. Their results suggest that 3G is only available 58% of the time.

Opensignalmaps has pinpointed North Wales as the area with the worst coverage - with the highest concentration of notspots.

"Looking at our map most of the big cities are well served by 3G, but it's clear that 3G coverage is still a massive issue anywhere outside major cities," said map creator Brendan Gill.

Comparing operators has been difficult for consumers up to now because they all measure their networks in different ways.

O2 thinks that projects such as the BBC's map might offer a better answer.

"We would like to see these types of initiatives shape the future of customer experience measurement," said a spokesman.

Everything Everywhere's James Hattam said he hoped Ofcom would develop the map further.

"If the sample size was increased and Ofcom took it on then it could be a really useful tool in the industry," he said.

People are urged to be sensible as coronavirus restrictions ease and pubs and restaurants reopen.

'We are just excited to be back open'

The people who think coronavirus is caused by 5G

What links Kanye's video artist and an exile from Nazism?

How Jarvis made an isolation anthem by accident

What do global death patterns reveal about the UK?