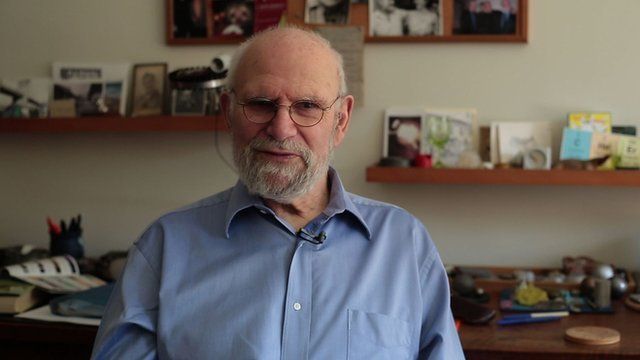 Oliver Sacks on science, art and awakening the brain

Oliver Sacks is approaching his 80th birthday, but the renowned neurologist remains prolific.

The British doctor, whose work inspired the movie Awakenings as well as Harold Pinter's play A Kind of Alaska, is still seeing patients in his adopted home of New York.

He is still recounting his clinical findings - in the style of his The Man who Mistook his Wife for a Hat - and is currently working on two books.

And Sacks's thinking on the working of the brain and the intersection of science and art is still proving an inspiration to artists.

New York Live Arts, the arts group led by the choreographer Bill T Jones, has just held a festival called Live Ideas: The World of Oliver Sacks, with theatre, dance and performances dedicated to the neurologist and his exploration of the connection between mind and body.

Sacks spoke to the BBC about his life and how much we still have to learn about the brain.

He also shared footage he filmed himself with a Super 8 camera when he was working on the patients in the Bronx borough of New York City in the late 1960s. The original footage has been edited in a new film by Bill Morrison, called Re:Awakenings.

Re:Awakenings by Bill Morrison was commissioned by New York Live Arts as part of Live Ideas: The Worlds of Oliver Sacks and made possible by The Opaline Fund.

Go to next video: Identical twins caring for the dying