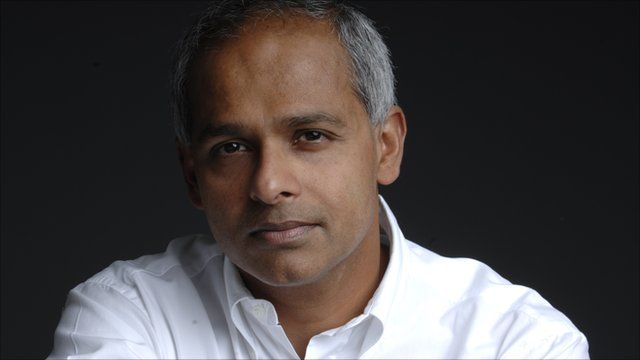 The euro bailout fund cannot work because already indebted countries like Spain and Italy are contributing to it.

That's the view of Satyajit Das, author of "Extreme Money - Masters of the Universe and the Cult of Risk".

Speaking to the BBC's Mike Johnson, Mr. Das, a derivatives trader in Sydney for 30 years, said the European Financial Stability Facility is like 'a ponzi game', and that Europe's financially troubled countries will end up borrowing from themselves.

Satyajit Das: What they have been trying to do is replace the lenders. So because the commercial lenders, which is banks and investors, will no longer buy debt issued by Greece, Ireland or Portugal and increasingly are questioning Spain and Italy, they had to find somebody else to give them the money. The problem is who is going to give them the money?

So they have patched together this European Financial Stability Fund which is a very tenuous process, because it doesn't have any money either, but it's guaranteed by a bunch of countries. But the problem here is that those countries themselves are in need of the money from the funds. It's almost a surreal circularity.

Then there is now the suggestion which was foisted on the Europeans by Timothy Geithner, the U.S. Treasury's Secretary that they ought to take the European Financial Stability Fund and the catch phrase being leverage. So we take a vehicle which doesn't have any money backed by dodgy guarantees, but then they will go and borrow even more money. So, basically, it's almost like a Ponzi game on a large scale.

Mike Johnson: It's an extraordinary thing to get your head around. Let me just get this clear, what we are going to have is a situation where countries which are on the verge of bankruptcy are going to be borrowing money effectively from themselves?

Now what they are going to do is then the European Financial Stability Fund is going to borrow from the European Central Bank, which has also obviously got support from Spain and Italy, and then lend the money to Spain and Italy. It's almost self dealing raised to an art form. It's abstraction on a level of money which is almost incomprehensible.

Mike Johnson: And is there anyone out there who think this is actually going to work?

Satyajit Das: The only people I think who think that are the politicians in Brussels and a few policymakers because to be very honest they don't have any solutions, and they are now playing almost confidence games to try to actually convince people that this will work. And ultimately it won't work because it all boils down to a simple fact.

At the end of the day, if you are going to do the shuffling of debt, you are going to have to have somebody who is good for the debt and we all know who that is, it is Germany. So they have to actually step up and their taxpayers, their savings have to be used to prop up these other countries. Now the body politic in terms of voters aren't willing to do that.

Mike Johnson: You think Germany, the German people will run out of patience with all of this before long, do you?

Satyajit Das: Well, before they run out of patience, they will run out of money because in the end if you actually look at the amount needed just to get through the next two or three years, if you take Greece, Ireland, Portugal, Spain and Italy, they have maturing debt. This is debt they have issued, about $1.5 trillion between now and the end of 2013.

So all of that money has to be found and at the end if Germany and France and the stronger countries start to take on that burden, their own credit worthiness will be called into question. And if they lose their triple-A ratings, well then the whole game starts to unravel yet again, and it's very difficult to see this having what could be called a happy ending.

If you liked this, why not sign up for the World Business Report podcast here