Fishing was one of the final sticking points in the post-Brexit trade talks. While fishing is a tiny part of the economy on both sides of the Channel, it carries big political weight.

Regaining control over UK waters was a key part of the Leave campaign in 2016.

Now that the new UK/EU agreement - on trade and so much else - has come into force, what does it mean for fishing?

What's the deal in a nutshell?

What's the detail on fishing?

The deal runs to more than 1,200 pages, with a whole section and several annexes dedicated to fisheries.

Both sides have agreed that 25% of EU boats' fishing rights in UK waters will be transferred to the UK fishing fleet over a period of five years.

This is known as the "adjustment period", giving EU fleets time to get used to the new arrangements. The EU wanted it to be longer, the UK wanted it to be shorter - it looks like they've met somewhere in the middle, with an end date of 30 June 2026.

Under plans outlined in the deal, EU fishing quota in UK waters will be reduced by 15% in the first year and 2.5 percentage points each year after.

The document also sets out details of how each species of fish will be shared out between the UK and the EU during the transition.

The UK fleet can expect increases in quota for 57 out of the 90 types of fish caught in UK waters every year.

But quota shares for some species like Channel cod, of which EU boats (mainly from France) catch more than 90% each year, will remain unchanged.

After the end of the adjustment period in June 2026, there will be annual talks to set the amount EU fishing boats can catch in UK waters (and vice versa).

At that point, the UK has the right to completely withdraw EU boats' access to UK waters. But the EU could then suspend access to its waters for UK boats or impose tariffs (taxes) on fish exports from the UK to the EU.

Tariffs could even be extended to other goods, but it would have to be in proportion to the economic impact of the fishing breach.

There will be an arbitration system to try to resolve fishing disputes.

Why have there been problems at borders?

Seafood exporters have said they have been experiencing problems at borders.

The Scottish Seafood Association says new customs arrangements have been causing delays with whole trailers needing to be checked instead of just samples.

One big problem is the difficulty with completing the necessary Export Health Certificates for a consignment of several different species, landed at different ports - one big transport company suspended such exports.

Meanwhile, a Welsh shellfish wholesaler has told BBC News that her lorry containing nearly £50,000 of lobster, prawns and crabs had been delayed for more than 30 hours on its way to Spain.

The government announced, on 19 January, a £23m compensation scheme to support fishing firms, after fish exporters held demonstrations outside government departments in central London, warning their livelihoods were under threat. One trade group called the fund "welcome" but a "sticking plaster".

The government has also said it will also invest £100m to modernise the fishing industry and will be consulting on how the money is spent in the next month.

UK fishermen sell a large proportion of their catch to the EU so access to EU markets is important. 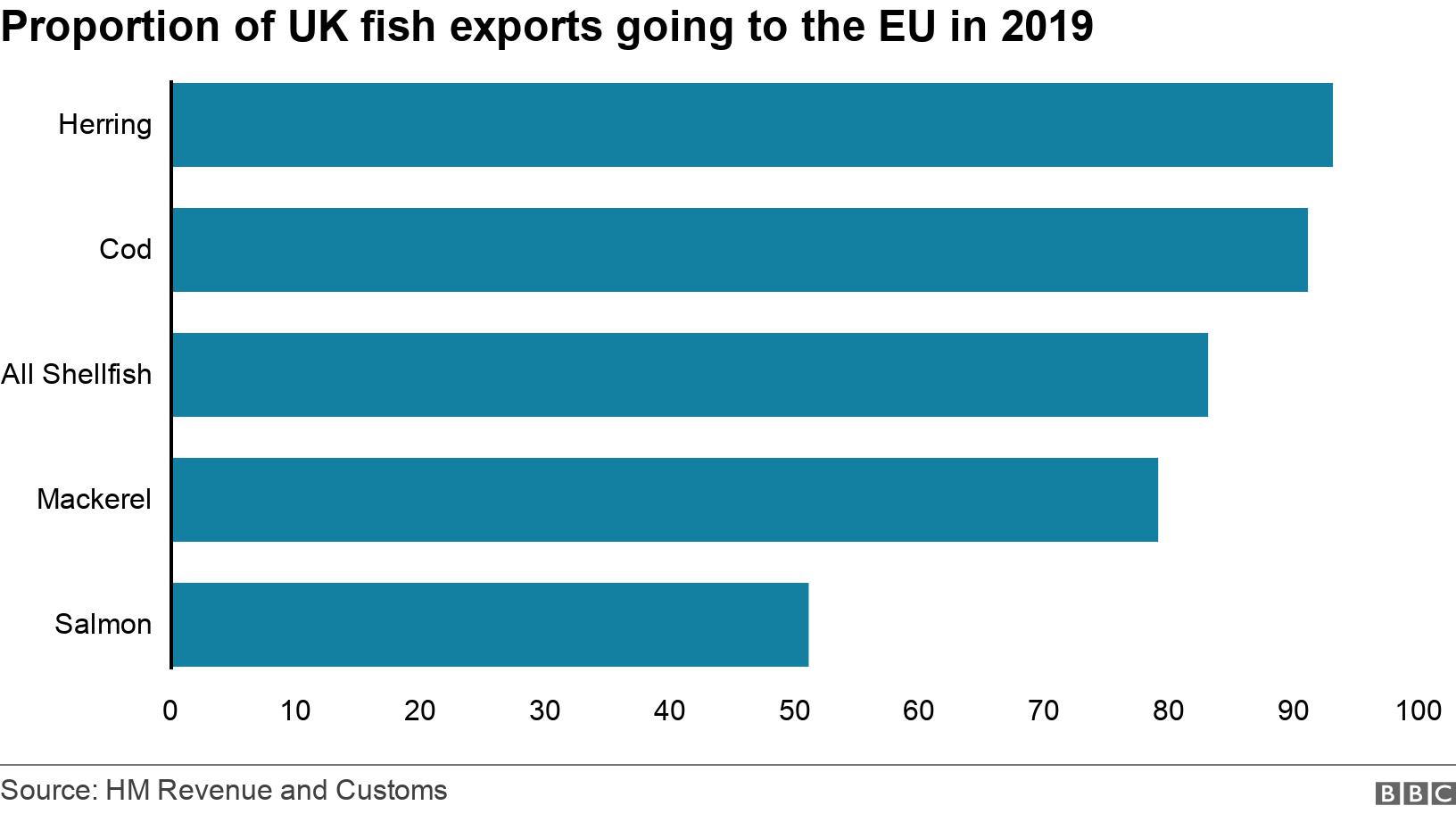 In 2019, the UK fishing industry exported more than 333,000 tonnes of fish to the EU. That accounted for nearly half of the total catch of the UK fishing fleet and roughly three quarters of total fish exports from the UK.

Some parts of the industry - such as shellfish - are totally dependent on such exports.

How did the old fishing system work?

As part of its membership of the EU, the UK was subject to the Common Fisheries Policy (CFP).

Many of the rules of the CFP were first established in the 1970s - they mean that every fishing fleet from EU member states has equal access to European waters.

Ordinarily, each country would control access to their Exclusive Economic Zone (EEZ), which stretches up to 200 nautical miles from the coast, or to a maritime halfway point between neighbouring countries.

In the EU, fishing rights are negotiated annually by ministers from each member state, who gather for marathon talks every December to haggle over the volume of fish that can be caught from each species.

National quotas are then divided up using historical data going back to the 1970s, when the UK fishing industry says it got a bad deal.

A tiny fraction of the economy

But it's worth remembering that fishing is only a tiny fraction of the overall economy both in the UK (about 0.02% in 2019) and in the EU (some landlocked countries have no fishing fleets at all).

According to the Office for National Statistics, fishing was worth £437m to the UK economy in 2019. By comparison, the financial services industry was worth £126bn. 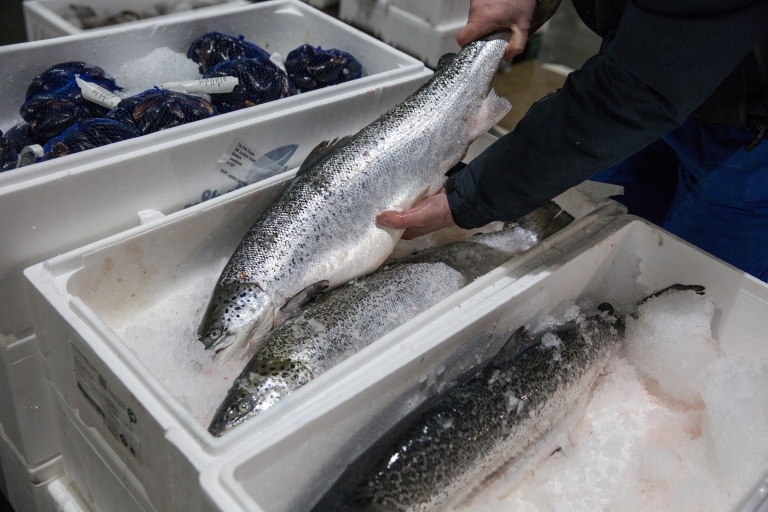 In many coastal communities though, fishing is a major source of employment - responsible for thousands of jobs.