...it sounds truly contemporary and devoid of the usual soundtrack clichés.

Firstly, let's clear up some of the confusion around this album. Unleashed, Massive Attack's first venture into film soundtracks, appeared at the end of 2004 in the guise of Danny the Dog, as the film was to be titled before waking up to the fact that this might offend audiences in China. It's now repackaged for release with the film in late summer 2005. But don't let all that put you off: Unleashed is a fresh and remarkably listenable soundtrack.

As you'd expect, Massive Attack excel in creating a droogish urban soundscape full of eerie spaces and layers of saturated, ambient noise. There are plenty of thrills, from the pumping technorush of "Atta Boy" to the gristly funk of "Simple Rules". Another stand-out track is "One Thought at a Time," which features ahypnotic sixties rock guitar riff.

But this score has another, more reflective dimension, shaped by haunting dub and ambient sound. Sam's redemptive music is represented by the piano which is his trade, and by child-like plucked strings. "Sam" and "Two Rocks and a Cup of Water" are magical pizzicato lullabies, intricate and tender, but with a razor-edged sweetness that manages not to be sentimental.

Even without the film's visuals the soundtrack functions well. Chronologically arranged, tracks are short, byte-sized pieces, swerving seamlessly into each other to create a surprisingly integrated whole. Best of all, it sounds truly contemporary and devoid of the usual soundtrack clichés.

Vivid and compelling, Unleashedoffers ample evidence that - should the charms of Bristol ever wear off - Massive Attack's next destination might well be Hollywood. 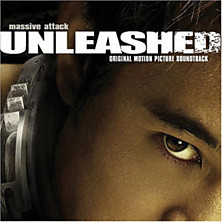