Apparatjik We Are Here Review

The Mew/Coldplay/a-ha supergroup is certainly more than the sum of its parts.

Supergroup. The word sends shivers down the spine of many a music fan. Group, granted. But super? Few famous-face get-togethers produce anything other than average sounds to complement their predominant day-job projects.

Tired Pony seem to be 2010’s supergroup of note, their The Place We Ran From album attracting its share of mainstream attention. But Apparatjik offer something far more exciting, this debut set considerably more interesting than the Gary Lightbody-fronted collective’s fairly rudimentary alt-country compositions.  While it’s the presence of Coldplay’s Guy Berryman on bass that’s earned this oddly-named international ensemble much of their press to date (albeit not much), their electro-infused indie-rock quite clearly takes several of its cues from the work of Mew’s Jonas Bjerre and a-ha’s Magne Furuholmen. Echoes of the former’s No More Stories… album of 2009 can be heard in the fractured synth lines of opener Deadbeat and the digi-splutter of Antlers, while Furuholmen’s keyboard skills regularly rise to the forefront of the mix.

Unlike most collaborations between artists from different positions in the music industry’s hierarchy, Apparatjik actually sound like a proper band – at no point does We Are Here seem to bow to one constituent’s personal demands. Electric Eye finds vocalists taking turns at the microphone, but these contributions are perfectly complementary; Datascroller, too, mixes its voices to great effect, employing effects to lend a robotic feel to the album’s most immediate track. Snow Crystals, meanwhile, is a gorgeous approximation of Animal Collective if the acclaimed experimentalists were rendered in 8-bit graphics. Drummer and producer Martin Terefe does a great job of gluing everything together, his percussive work never showy but doing what it needs to so that everybody’s pieces gel. If you didn’t know who was involved, you’d assume Apparatjik was a brand-new band of previous unknowns. This: a compliment indeed.

It might never be much of a going concern for its members, but Apparatjik could easily attain an admirable level of recognition – and there’s every suggestion that they could create something even more magical than this album, if allowed. They’re more than the sum of their parts, and then some. 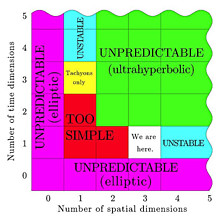