This is a triumph, and it’ll be exciting to hear what Sunlightsquare cook up next.

Sound technology and music production have enjoyed an uneasy symbiosis. Advances in the former have been perpetually enabling to the latter, especially since the 1960s, when multi-track technology removed the need for performers to be crowded around one microphone, which was meant to somehow capture the sound of all instruments and voices, no matter how large in number. Later advances allowed for synthesizers to create sounds that could not be made by any acoustic instrument as a modernising enhancement for futuristic acts.

However, many audio-heads of a certain age, and discerning music lovers more generally, feel that, somewhere along the way, technology became a disabling element. Surely, things were better when the limitations of recording technology required a certain level of musical skill?

On Britannia Shing-A-Ling, the latest project to bear the Sunlightsquare moniker, composer/bandleader Claudio Passavanti has sought to return to those more innocent days by taking a big band into a London recording studio, and recording them live. And big means big: this group is 25 members strong, hand-picked by Passavanti, who is present himself on keyboards. The idea was to re-cut personal favourites of the 60s and 70s in a Latin jazz style – an ambitious project that could have gone either way, but proves to be a resounding success.

From the opening bars of Joey Pastrana’s boogaloo classic, Afro Azul (here led by Basement Jaxx collaborator Sharlene Hector), the groove factor is set to full-blast, and never drops for a moment. The highlights are many: Harlem River Drive’s rare groove, Idle Hands (originally produced by Eddie Palmieri), is here driven by the soulful lead of The Streets and Nitin Sawhney collaborator Kevin Mark Trail, with a brilliant baritone sax solo from Tony Kofi; John Klemmer’s Free Soul is ably tackled by Brandon Allen; and Ashford and Simpson’s California Soul is given a relaxed reading by nu-soul singer Tasita D’Mour. Elsewhere, a song as cheesy as The 5th Dimension’s Up, Up and Away might’ve been a disaster, but they manage to pull it off thanks in part to Brendan Reilly’s soaring vocal.

This album is highly appealing on three main levels. First, there is the undeniable quality of the musicianship, excellent throughout: the horn section really shines, the percussion sizzles, and the vocalists stamp their individuality onto the tunes. Next, the sensitive arrangements of Passavanti evidence that a lot of thinking has gone into this project; spatial placement is well arranged, so the instruments are allowed breathing space, and the rendering of every song allows for many unexpected elements. Finally, the warmth of the live recording retains that extra bit of something, keeping the groove intact throughout the proceedings. Britannia Shing-A-Ling is a triumph, and it’ll be exciting to hear what Sunlightsquare cook up next. 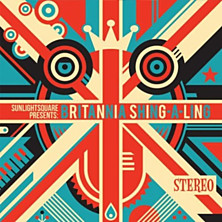