Not that they've lost any of their sensitivity: the track concludes with a pastoral coda that's as lovely as the music preceding it was lively. But the quartet has refused to sacrifice any of the complexity that provided such rich rewards for repeated listens of their previous outings. Though Shields consequently makes for a frustrating listen at first, it slowly reveals a band confounding expectations with a rare imagination.

Yet Again – its melody nonchalantly addictive, its bridge a loving nod to the sparkle of 80s synth pop, its climax noisily retro-futuristic – and the galloping A Simple Answer – a winning combination of Beach Boys harmonies and Glitter Band stomp – provide the collection’s immediate thrills. But on What’s Wrong, Mellotron and restrained string arrangements drift amidst choral vocals and cymbal splashes before reaching a jazzy, serene finale.

Gun-Shy, meanwhile, is distinguished by intricate arrangements – twinkling guitar lines, keyboards that hint at Supertramp, vocals that sigh like a gentle breeze. Elsewhere, Half Gate builds from dreamy, nostalgic verses into a stormy racket of a chorus.

Shields’ highlight, however, is Sun in Your Eyes, a poised masterpiece in which every note seems carefully calculated to play a role in its repeated, explosive transformation from sparse piano ballad to jubilant anthem. Challenging but accessible, like Jim O’Rourke bonding with Burt Bacharach, it confirms that Grizzly Bear’s measured approach – it’s taken them over three years to follow up Veckatimest – has again paid off.

In fact, Shields pushes and prods at musical boundaries in a similar way to Talk Talk’s 1986 masterpiece, The Colour of Spring. It’s an aesthetic rather than musical comparison, but – with songs shifting with casual precision, arrangements that are fluid and brave, and an honest, organic production – there’s a sense throughout that Grizzly Bear are on the cusp of a genuine breakthrough. Where they go next may prove even more intriguing. 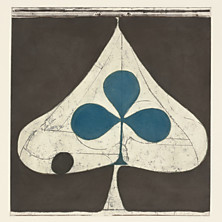