The Blue Nile A Walk Across the Rooftops: Collector’s Edition Review

Both everymen and angels, The Blue Nile didn’t sound or function like any normal band.

1984’s A Walk Across the Rooftops remains unique in its fusion of chilly technology and a pitch of confessional, romantic soul that ‘alternative’ types would usually shy away from for fear it wasn’t ‘cool’. It was always (at least) two things at once: in the years since, its peerless power to affect has accrued multiple layers of rueful resonance.

Now remastered (for once, the sound being both brittle and big, that null word has value) and reissued with added rarities (as is its sublime 1989 successor, Hats), its hopeful melancholy transcends its era like an Edward Hopper painting. Synthesisers, the 80s’ new toy, abound, but are used with such naïve grace, over rhythms both simple and circuitous, that they refuse to date.

More importantly, as has been reaffirmed on this year’s stripped-down solo psalm Mid Air, Paul Buchanan’s enraptured voice and words capture the essence of hearts breaking and healing as well as anyone outside Tamla Motown’s heyday.

People tend to flag up The Blue Nile’s Scottishness, as if geography and accidents of birth were responsible for artistic vision; but surely, again like Hopper, the dreams and tears here are universal. The city streets, cars, rooftops, rain, couples and love documented and expressed so delicately throughout the seven songs are potentially everywhere, any time, “caught up in this big rhythm”. This is why the band stood out then and hover above now; both everymen and angels.

With the bubbling, chugging, almost unbearably yearning Tinseltown in the Rain (“I know now, love was so exciting”) following the opening title track, the album is within minutes an epic noir movie, despite its modesty. The white-funk guitar line that breaks into the latter is a marvel of rule-breaking juxtaposition.

Stay and Heatwave are heroically restrained; Easter Parade and Automobile Noise are elegies full of ghosts and blood. The previously unreleased St. Catherine’s Day is as sad and beautiful as can be. Both this and Hats still take the top of your head off, gently. 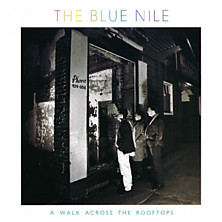