There’s plenty to fall in love with on an album of such emotional weight.

It’s been three years since The Kissaway Trail’s beguiling eponymous debut, and in that time the Danes have simplified their sound. Maturity has focused their vision, and this is both good and… not bad as such, just a shame.

Sleep Mountain shimmers throughout. The quintet has gone for big, they’ve gone for anthemic, and they’ve pulled it off. Perhaps touring with Editors has made a difference – there’s certainly a streamlined feel to this album, and a cohesion, that the band’s debut lacked. It could well push them on to Editors-sized sales and stages.

But this isn’t so much a new sound as a tweak of the old, taking the sky-scraping, dream-like moments of Smother + Evil = Hurt and filling them out. To a large degree, this change must be down to producer Peter Katis, the man responsible for making Interpol, The Twilight Sad and The National reverberate in widescreen. Indeed, once you start listening for his influence, Sleep Mountain comes across like a sibling to The National’s Boxer. For the first time, The Kissaway Trail’s rhythm section comes alive, and Rune Pedersen (bass) and Hasse Mydtskov (drums) clearly love every minute of it, infusing Sleep Mountain with richness and muscle.

In terms of production values, it’s a huge leap forward – a song like New Lipstick, for example, just wouldn’t have worked on the debut. It relies too much on atmosphere, on layering, on energy; only a man like Katis could have taken these elements and refined them in such a fashion.

However, this does make Sleep Mountain rather predictable and unadventurous. The tone is singular throughout, with the eccentricities of the band’s earlier fare ironed out and smoothed off. It’s all ethereal now, and it can swash by almost unnoticed. Painter and Enemy both offer staccato openings to prick up your ears, but both soon succumb to temptation, settling into a plod.

Also, when the music stops – when the album has finished playing – the mood remains but it’s almost impossible to recall a specific melody. Sleep Mountain has the emotional weight of a Boxer or a Turn on the Bright Lights, but it doesn’t quite have the tunes.

That said, there’s still plenty to fall in love with here, especially the breathtaking crescendo of New Year and the rigour of opener SDP. 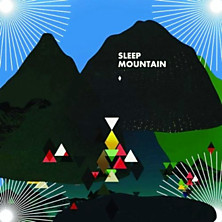