For his third album in four years, Scroobius Pip has temporarily gone solo.

Before Scroobius Pip, aka David Meads of Essex, began working with producer partner dan le sac in earnest, he’d already self-released one album. Now, after a breakthrough of sorts with 2008’s collaborative Angles album, the prolific poet-MC has enough of a fanbase to think bigger – but don’t mistake that with notions of selling out, figuratively or literally. It’s unlikely he’ll ever do either.

Pip is a fine rapper with a dextrous and witty flow, while the production work on this is every bit as solid as that heard on his sets with le sac. But there’s another at work behind the desk here: Renholdër, aka Nine Inch Nails associate Danny Lohner, acquits himself with no little aplomb.

But there’s a problem here, albeit one that’s fairly inscrutable. A return to introspective, suicide-contemplating territory on Domestic Silence may prove hard to stomach for nervy listeners, just as the gnawing, tense Magician’s Assistant was on Angles. It is also fair to say the fervid Rage Against the Machine-like guitars of Lohner’s production ensure this album isn’t exactly in tune with an audience raised on beats rather than distortion.

The real shame, when considering Pip’s lack of mainstream success since the Thou Shalt Always Kill single of 2007, is the surfeit of great lyrics here. On Let Em Come he declares: "There’s no room in your grave for your words and verses." It’s hard to imagine a more succinct sentence being used to inspire stifled ambitions, while the words are subtly backed by lilting melodica. There’s also The Struggle, an atypically meandering, nu-blues number produced by former Beta Band man turned solo hero Steve Mason. Here Pip simply raps, "People underestimate the value of dreaming".

On Death of the Journalist, Pip rails against the internet and the veracity of news with an array of brilliant couplets. "You know how we are, we believe it’s the truth / We just accept it as news instead of asking for proof," is perhaps the finest. Simple but enlightening verse is too rare a commodity in pop. Given Pip’s charisma and talent, his slight hypocrisy can be forgiven – he was happy to perform for TV channel Setanta on FA Cup Final day, so clearly has no problem working with journalists.

What can’t be forgiven is the rapper’s relative anonymity. Intelligent rhymes, profanity, political awareness and humour should be a chart-busting blend, especially in a Britain scarred by a summer of rioting and governmental mistrust. 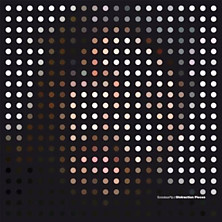