Their debut album is sure to shut up at least some of their cynics, myself included.

It wasn't supposed to work. The reality TV, instant pop star bubble must have burst by now.Pop Stars: The Rivals - two bands compiled from builders and barmaids around the country fighting it out for the Christmas number 1; peaking in popularity on the crescendo of the TV show only to vanish back into obscurity a few months later.

Girls Aloud totally trounced their boyband rivals One True Voice with their debut the single (and album opener) "Sound Of The Underground", which sounded better than anyone could have expected. Punchy, sassed-up pop over driving neo drum and bass beats captured the formula of the day and has set the tone for much of what's to come next.

The follow up, "No Good Advice", chases hot on its heels with more brassy and in-your-face lyrics of defiance and determination. They may not have written the tracks themselves but someone made the right choice of writer.Sugababes collaborator Brian Higgins injects an element of instant-catchy-cool to the songs without going overboard in trying to shape uber-chic dance floor hits.

Starting an album with your first two singles can be a sign to expect a rapid decline in qualitysoon after, but again the Girls prove us wrong."Some Kind Of Miracle" is superficial pop at its purest.With a vocal hook that gnaws its way into your brain and leaves you afflicted with a tendency to repeat it again and again in your head, it must qualify for future chart success.

Alison Clarkson, a.k.a. 90s popstar Betty Boo, also gets roped in on song scribing duties for "Mars Attack" and the electro stomping "Boogie Down Love". She stamps her trademark quirky 60s style sound effects over rocking beats for two of the album's finer moments.

At 15 tracks long, Sound Of The Underground does seem drag on towards the end but don't let that detract you from the fact that this really is an impressive debut.Only time will tell if they are set to take the mantle as the new Spice Girls or slip rapidly down pops dumper as the new Hear'Say. But their debut album is sure to shut up at least some of their cynics, myself included. 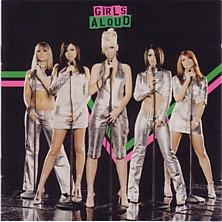