Manson’s career-defining performance is as electrifying as it was 15 years ago.

Although they formed in Wisconsin and three-quarters of their line-up is American, coverage of Garbage around their MTV Award-winning debut album – best breakthrough artist, 1996 – was dominated by feisty Scottish front-gal Shirley Manson.

Manson had been a member of Bathgate-based 80s alt-rockers Goodbye Mr MacKenzie, and was also involved in the band’s splinter group, Angelfish. The latter’s 1993 single, Suffocate Me, attracted the attention of American producer Steve Marker, who was after a vocalist to front his new band. The rest, as ‘they’ so often say, is history – although Garbage’s career hasn’t since hit the heights it did with this eponymous effort, which has to date shifted over four million copies.

From second album, the terribly titled Version 2.0, onwards, Garbage’s star has dimmed. A disbanding in 2003 and subsequent reformation for 2005’s Bleed Like Me rekindled interest; but the record itself, their fourth overall, was a critical flop. Newcomers are therefore advised to begin with this debut, and be done with it unless particularly taken by what is, today, some pretty formulaic, albeit arena-sized, pop-rock, lent an edge purely because of the paralysing presence of Manson.

The vocalist holds court from the outset, opener Supervixen painting a picture of a dominatrix-style paramour who’s perfectly aware of their grip on their significant other. “Bow down to me,” comes her instruction, and it’s not just the suggested subject of her attention that obeys – the world, for a year or so, fell at the feet of an opinionated female artist who talked the column-filling talk without missing a beat. Queer is similarly pitched, Manson the antagonist ready to “strip away your hard veneer”. She was both alluring and wholly intimidating, a snarl in her voice but equally capable of a purr to melt away any resistance.

Garbage were as interested in their visual representation as their sound on record, so videos became vitally important. This album was followed by Garbage Video, collecting five official promos for Queer, Vow, Only Happy When It Rains, Stupid Girl and the set-closing Milk, a trip hop-indebted number that’d be remixed by Tricky. Although it expresses weakness, vocally, there’s a paradoxical aspect to the lyrics: she cries, but her tears are power, bringing “you home”. So even at her most vulnerable, Manson maintains her controlling condition.

The music’s aged poorly, but Manson’s career-defining performance is as electrifying as it was 15 years ago. 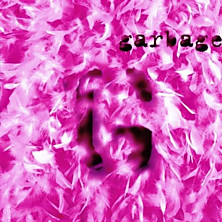