Part of a crowd rather than a true Maverick, this singer nevertheless charms in measures.

While the title of this debut album is certainly an astute, if elementary, observation, its contents can’t claim kinship with the sentiment. Not that anything here offends: throughout, our protagonist mixes not-so-gritty street tales with a fusion of pop-soul, rap and reggae tropes which tick myriad mainstream boxes. But with a chosen moniker like that, and such a statement-of-presumed-intent gracing the cover, one can’t help but come away from Lonely Are the Brave with slight chagrin holding position over lasting contentment.

Rather than stand out, the London-born (his place of birth, Stoke Newington, gets a mention on Sometimes) and County Wexford-raised Maverick Sabre is content to fit into established moulds. With Michael Kiwanuka a worthy winner of 2012’s BBC Sound Of, and a precedent set by the all-conquering concept-soul of Plan B, solo male singers recalling Withers and Wonder comprise a valuable commodity for majors looking for the best return on their advance cash. And Sabre – real name: Michael Stafford – slips easily between these two spearheads for contemporary Brit-soul on the smoother cuts contained herein, the likes of Shooting the Stars and These Days.

Frustratingly for anyone looking for depth to these finely delivered stories, there’s a second-hand feel to many a narrative, perhaps a symptom of Sabre’s departure from London aged just four. So Memories, a by-the-book travelogue around the man’s childhood haunts, lacks the edge that anyone growing up to an older age in similar surrounds might’ve brought. He tells of bullying on Sometimes, but given the acts in question took place when he was three one wonders what of inspirational impact happened in the interim – little of note being the immediate concern.

As it happens, there’s plenty of grief conveyed from rather fresher corners of his memory: I Used to Have It All turns the ‘typical’ racism tables to centre on the discrimination experienced by the white man embarking on Sabre’s chosen musical path. While conflict experienced on his journey from beginnings to breakthrough – achieved, partially, via guest vocals on Chase & Status’ Fire in Your Eyes and Professor Green’s Jungle – might’ve been dispelled by acknowledging the long-term commercial success of Eminem (for one), it’s worthwhile highlighting that colour never has been a qualifier of quality. A rather more universal source of pain – thoughts of a lover’s former partner – is cathartically explored on No One, while one’s own relationship shortcomings come into focus on I Can Never Be.

Familiarity is achieved via samples as well as themes: top 20 single Let Me Go hooks itself up to the same Isaac Hayes-sourced motif employed by Portishead on their ever-gloomy Glory Box. Given the constituents, a better title might have been Successful are the Sheep. But with a distinctive voice that’s eerily evocative of 90s Brit-winner Finley Quaye at times, an accomplished consistency throughout and a fine spread of memorable choruses, an absence of brave originality can be overlooked, for now. After all, it took Plan B a second LP to really make his mark. 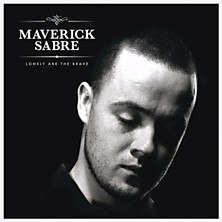