In 1993, a London-based quartet called Seefeel released their debut album, Quique – a hypnotic blend of ambient, minimal electronica, dub and the predominant indie sound of the day, shoegaze. It won the hearts of critics, if not the world at large. Eighteen years later, Swedish-born artist Axel Willner has concocted an album that mixes many of the same constituents, and this time – thanks to prevailing winds pushing shoegazing revivalists like M83 closer and closer to mainstream shores – it may find success beyond the media.

The aptly titled Looping State of Mind is Willner’s third album under his pseudonym, The Field, and it softens the dancefloor-friendly sounds of his 2007 debut, From Here We Go Sublime, while elaborating on the fuzzy edges given to its 2009 follow-up, Yesterday and Today. But, though it remains music to which one can dance, it’s a far less celebratory, far more cerebral sound, somewhat of a surprise since Willner moved to Berlin, the 21st century home of techno, only recently. Having said that, at times it recalls the work of Ulrich Schnauss – another fan of acts like Slowdive and a former resident of the German capital – in its transmission of deep house euphoria and insistent techno beats through a haze of drifting synthetic sounds. It also owes a small debt to Gas, the similarly loop-based project of Wolfgang Voigt, co-founder of Willner’s label, Cologne’s Kompakt Records, though it never sounds quite so sinisterly murky.

At its best, as on opener Is This Power, Willner is able to build up a trance-like sense of bliss through the repetition of the simplest of elements: distant drones, woozy synths and a bass melody as unrelenting as the beat to which it’s pinned. These slide subtly in and out of the mix to alter the soundscape, and to his credit he maintains the mesmeric mood for the best part of nine minutes. It’s a trick he pulls off repeatedly, but that’s perhaps the album’s greatest weakness: apart from Then It’s White, where he slows things down to a more opiated, dreamy pace, and the final, significantly more abstract Sweet Slow Baby, where beats trip over one another like a stuttering CD, there’s perhaps not quite enough variation here. Nonetheless, Looping State of Mind barely outstays its welcome, and its beatific state of mind may prove to be a welcome refuge for many more than for the musical vanguard, like Seefeel, that inspired it. 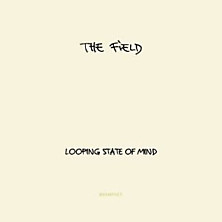