Consumes you like those lost hours spent locked away in a bedroom with a new lover.

It’s not just looks that can be deceiving; sounds can hoodwink, too. The debut album from Montreal-based four-piece BRAIDS is such a trompe l'oreille. First impressions are of delicate, hazy melodies brimming with purity; a childlike magic hovers amongst hypnotic loops and psychedelic sounds comparable to Gang Gang Dance or Animal Collective. But this ostensible innocence is not naivety, but rather of the butter-wouldn’t-melt variety.

Opening track Lemonade comes to life like a fresh, dewy morning complete with a bubbling brook in the background, all chirping top notes around a slow-dawning melody. But when Raphaelle Standell-Preston's vocals arrive the spell is broken, and suddenly the vignette of a spring dawn becomes a hot, sticky, promiscuous summer: "Have you f***ed all the stray kids yet?" This isn't the start of a new season; this is an awakening of visceral instinct.

Like Björk or Karin Dreijer Andersson (Fever Ray), Standell-Preston’s tones walk a fine line between fragile nymph and primitive animal – especially when reaching the shrill peaks of Glass Deers. Part talk-box, it needs your full attention in order to unlock the darker stories dressed up in her dreamy ranges. Plath Heart tells a tale of "a golden poet born to push and push", and just like Sylvia Plath's beautiful poems housed sad truths of an art inextricably bound by gender, so too do these songs.

The basic instinct of the first few songs does not reign supreme throughout. Sex can be cheap, transient and confining, but it’s also the driving force which makes the world go round. The title-track redefines love as our mother tongue: whispered notes and hushing lullaby vocals weave a sanctuary for a sacred, private act. The melody feels so unforced it could be derived from life’s natural logarithms: "My, my, my / It feels good." And where does this act lead us? To Same Mum, seven minutes of a playful beat and a pinch of humour: "We come from the same mum / We come from the same hole."

A rich debut (but brief at seven tracks) that sums up all that is beautiful and base in both music-making and love-making, Native Speaker consumes you like those lost hours spent locked away in a bedroom with a new lover. Both can ultimately leave you a little unsatisfied. Not due to quality, but because you wish they could stay a little longer. 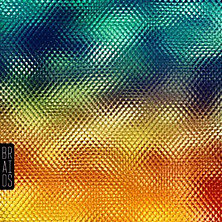