A gem of quietude and subtle musical intelligence.

At 73, it's tempting to call Roedelius the 'grand old man of ambient' or some such nonsense. To be sure, as a member of both Cluster and Harmonia his keyboard skills have been central in shaping the more 'new age' (for want of a better term) end of krautrock's sonic dna. Yet, despite his age Inlandish, finds Roedelius still supremely able to fire off beguilingly simple melodic piano lines, seemingly at will. His work on the album was completed in days, leaving electronica artist Tim Story to tinker and tweak them for several months afterwards. The results are stunning. In the same way that HJR's work with Eno remains strangely timeless, this album exists in a parallel universe where it's still possible to spend an hour in quiet contemplation. To call it 'ambient' is to do it a disservice. For these are tunes that wiggle and shimmer into the ears, gently refusing to melt into background noise.

Story's treatments echo and update the work that Eno did with Cluster in the late 70s. Analogue synths drone and parp, laptops stutter and amongst it all, are the calm, measured fingers of Roedelius. Story's background as film composer does make this a somewhat cinematic feast at times; with tracks like Serpentining sounding perfect as an accompaniment to some grainy footage of a lake in autumn, or some deep space opera. Either way it would be a moving experience.

Only when Story strives to insert some beats into the mix (as on Riddled) does the blend begin to jar slightly; as though some clubber with their iPod turned up too loud has walked into a church. Yet, taken as a whole (which is undoubtedly how this album should be experienced) Inlandish is a gem of quietude and subtle musical intelligence. 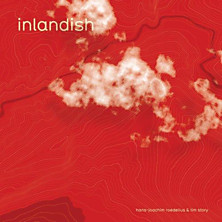