This 'concept trilogy' chronicles Robert Smith's plunge from despondency into...

British music in the'80s may now be synonymous with glitz, greed and gender-benders, but that's certainly not how it all began. With Thatcher newly enthroned and punk's explosive energy already a vague memory, much of the British music scene began the decade slumped into morose apathy. Ian Curtis's suicide in May 1980 may have curtailed Joy Division's miserablist career, but there were plenty ready to pick up the baton, none more so than The Cure, who had released Seventeen Seconds just a few weeks before his untimelydeath.

Universal's decision to reissue these three records simultaneously is a shrewd one. Taken as a 'concept trilogy' chronicling Robert Smith's plunge from despondency into psychosis, they have a nagging power and an impressive single-mindedness. Taken individually, however, only Pornography stands alone as a truly great work. Producer Mike Hedges brags in the excellent liner notes that Seventeen Seconds was recorded without thinking about 'commercialism or potential popularity', but for all the bravado it now sounds oddly compromised, its gloomy self indulgence wrapped up in overly fussy production.

Faith is far more satisfying, with Smith's vague, doomy lyrics now reflected by appropriately heavy-hearted music. It could hardly be described as an enjoyable record, but it's certainly musically accomplished; Simon Gallup's deft, deep basslines meshing brilliantly with Smith's increasingly funereal synths. Like Seventeen Seconds, Faith suffers from the monotony of its atmosphere, but it delivers two great moments in "Primary"'s sleek, bass-driven angst and the overwhelmingly gloomy yet spectrally beautiful "All Cats Are Grey". It also has the best of the extra material contained in these reissues, including the rare "Carnage Visors" soundtrack and the haunting "Charlotte Sometimes" single.

'I wanted it to be virtually unbearable,' says Smith of The Cure's first masterpiece, Pornography, and he would have succeeded were it not for the sheer exhilaration of its sonic nastiness. Opening with a nauseous looping guitar riff and Smith's wail of 'It doesn't matter if we all die', Pornography is the sound of The Cure's emotional stakes being dramatically -and psychotically - raised.

Indeed, were it not for its sonic depth and sheer relentless conviction, Pornography's extraordinary misanthropy would be laughable. Each song seems to summon a fresh disgust at the world, from the abstract political rage of "One Hundred Years" to the sexual revulsion of "Siamese Twins". A certain Trent Reznor (Nine Inch Nails)would later take notes.

Faced with the daunting prospect of topping it, Robert Smith took one of the unlikeliest and most surprising decisions pop has ever witnessed. He released "Let's Go To Bed", turning The Cure into one of the most frivolous, playful pop bands on the planet. It would be seven giddy years before he let his demons back out to play... 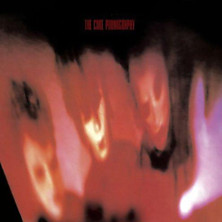