The Rapture In the Grace of Your Love Review

A tired-sounding fourth album from a band trapped in the past.

Things have not gone well for The Rapture since their Next Big Thing moment a decade ago. The New York-based then-quartet were the first band on the block to blend late-70s/early-80s post-punk with late-80s dance, providing the missing link between the hipster synth revival of the short-lived electroclash sub-genre and the more accessible pleasures of nu-rave. They made one classic, game-changing single in House of Jealous Lovers, an album, 2003’s Echoes, which almost lived up to it, and then… the inevitable. A third album, 2006’s Pieces of the People We Love, which threw too many hip producers (including Danger Mouse and Paul Epworth) at too few memorable songs. Cue five years of missing in action, the usual label chaos, and a lost key member in bassist/vocalist Matty Safer.

They return as a trio comprising Luke Jenner, Vito Roccoforte and Gabriel Andruzzi on the DFA label run by the producers, James Murphy and Tim Goldsworthy, who were vital collaborators in their early years; and as a distant memory for an indie scene that has spent 10 years taking all their best ideas and running with them. It’s unlikely that the average Killers fan has any clue who they are.

Sadly, one suspects that In the Grace of Your Love is unlikely to make things better. Overseen by Phoenix producer Philippe Zdar, it comprises 11 tracks that sound like intros in search of songs. It is bland of lyric and tinny of sound. The rhythms plod alarmingly. It feels like the work of surprisingly limited musicians who are still rooted in an obsession with sounding like old records they enjoy, which was exciting years ago when you thought no one else was listening to PiL or The Cure or Marshall Jefferson, but now that you know that everyone is, you figure that a group that has been together for 13 years should perhaps find their own sound. It attempts to find an ‘uplifting’ mood, part rave, part festival sing-along, but feels desperate and undeveloped, as if someone had compiled a series of short happy-clappy indie-rock hooks designed for use on mobile phone ads and the final valedictory scenes in teen soaps. The title-track copies Hot Chip both blatantly and badly, and some of the hands-in-the-air sentiments have a slightly creepy Christian rock feel.

Good points? Luke Jenner’s needy yelp is still instantly recognizable and hard to dislike. There’s a neat, out-of-place accordion loop in the first half of Come Back to Me. But that’s about it – and as someone who loved this band, it’s no pleasure revealing its numerous negatives. "I’ll see you on the other side," Jenner howls on Blue Bird, a failed attempt to mix Mott the Hoople and shoegaze droning. Not if I see you first. 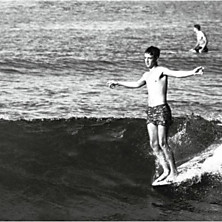