Beverley Knight Who I Am Review

Who I Am marks a significant change in direction for this tenacious 28-year-old...

After a three-year absence we see the return of our favourite Wolverhampton lass, armed and ready with her third album entitled: Who I Am, our Bev is taking no prisoners. This 2 time MOBO award winner is proudly announcing just exactly who she is! Probably the most underrated soul/ R&B artist born and bred from these shores, and equipped with a voice that is effortlessly up to par with that of our American cousins, her passionate vocals are so powerful and energetic that even the most hardened rock fan would have to sit up and take notice. Anyone who has ever had the opportunity to see Ms Knight live will know exactly what I'm talking about.

Determined to break out of that tiresome, specialist mode that many British r&b female artists fall prey to, where ill-fated members often endure a somewhat short- term shelf life, Who I Am marks a significant change in direction for this tenacious 28-year-old singer, signifying her own personal growth as a true artist and developing songwriter. (Knight co- wrote all the tracks on the album). With an impressive line up of industry heavyweights including writer: James Poyser (previously worked with the likes of Jill Scott, Lauryn Hill and Erykah Badu), and producers Dodge, Mike Spencer and D'influence.

This album sees an eclectic hybrid of musical influences, from her first single released: "Get Up," the feisty self-empowered dancehall track guaranteed to work up a sweat on any dance floor, to "Best Seller Mystery," a track with more than a sprinkle of the blues added to it. Not to mention her current (and finally first) top ten hit "Shoulda Woulda Coulda" with a distinct twinge of Country and Western, the acoustics adding the finishing touch.

Noticeable tracks include "Beautiful Contradiction" a soothing soulful duet with Musiq Soulchild that washes over you like a warm shower, along with the piano keys on the poignant "Gold" accompanied with heartfelt lyrics, gift wrapped to us in that notable trademark voice.

On this her most personal work to date, she takes us on a intimate journey where she bares her soul with such raw honesty that you get the distinct impression a healing process is taking place. Although devoted fans expecting a return to the up-tempo, feel- good factor tracks from her previous album Prodigal Sista may be a little disappointed at first, due to the slower paced, more classy soulful feel, but stick with her, press "Rewind" and I guarantee you'll be glad you did. 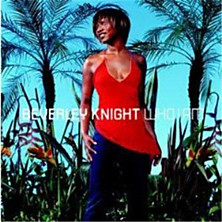