Urban enough to make it the bedroom album for the hip hop generation.

The music-buying public of the UK was not holding its breath for the first solo album from Toni Braxton, the perfect, pure voice from US gospel troupe The Braxtons (with her sisters Traci, Towanda, Trina and Tamar). However, when they heard her sumptuous phrasing, saw how beautiful she looked and heard her enormous hit, Breathe Again, she was made most welcome. Suddenly, it was as if she was everywhere. In her white vest, Braxton became an antidote: both to Mariah Carey stretching unlimited mileage out of every single note, and Whitney Houston, now a remote superstar in the wake of the global success of her box office blockbuster, The Bodyguard.

Spotted by producers and songwriters L.A. Reid and Babyface, Braxton was singled out from her group to record Love Shoulda Brought You Home, a track the duo had written for 80s torch songstress Anita Baker. The match worked. As a result, half of Braxton’s debut album sounds like Baker’s best work since 1986. Seven Whole Days is such an update on the Rapture singer’s formula, you actually think you are listening to Baker herself, and You Mean the World to Me is a very affectionate homage to Same Ole Love.

However, if it was simply pastiche, it wouldn’t have sold so well and been held in such high regard. It was the tracks on which Braxton found her own voice that made this album special. Another Sad Love Song showed how well an accomplished production team could perform when married with a superior vocalist. But it was the album’s third single, Breathe Again, that fully established Braxton. A delicate ballad that refused to resort wholly to cliché, it is brought to life by Braxton’s dreamy, breathy delivery. And it was huge. Breathe Again went to the US top three and to number two in the UK.

The single made the album sell and sell. Toni Braxton topped the US chart and made the UK top five. It was spritely, mature soul at its best – and just urban enough to make it the bedroom album for the hip hop generation. There’s no denying how glossy, overcooked, and, at times, overwrought it is, but there is little point in denying its beauty. 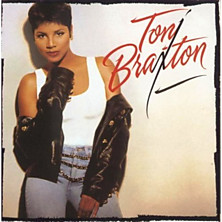