Ne-Yo Year Of The Gentleman Review

Shaffer Chimere Smith has found a way to stand out from the crowd.

The route to RnB superstardom sometimes seems to be less a matter of distinguishing oneself from the pack by offering something different, than by pulling off the genre's well-worn moves in the very best way. Pile on the schmaltz, pull out all the best lines, and the heavy gold jewellery and garage full of expensive cars is all yours.

Over three albums, though, Def Jam's Ne-Yo – aka Los Angeles singer-songwriter, Shaffer Chimere Smith – has found a way to stand out from the crowd. From its cover, Smith posing in tailored suit in echo of an old Rat Pack sleeve, to its new-school production – with its 4/4 disco beats and shimmering, layered synths, as likely to evoke Daft Punk as Usher – Year Of The Gentleman is out to make ground between it and RnB cliché. And while, often, the songs within hit familiar emotional buttons – Single, for instance, is a honeyed slowie that finds our host telling all the jilted or lonely girls that, ''I'll be your boyfriend til the song goes off'' – there are other tracks here that spin on traditional R&B themes. The synthesiser-heavy Miss Independent is a love letter to a girl who's a player in her own right: ''Everything she got, you bet she bought it''.

Meanwhile, a central three-song run showcases an emotional breadth that's rare in the genre. Why Does She Stay, a bare backdrop of piano and electric fizzes, finds Ne-Yo admitting his own neglectful nature and questioning his lover's loyalty: ''She's so much better than me/I’m so unworthy of her…''. Fade Into The Background comes after the break-up; our narrator watching his previous lover with another, honest about his faults. And So You Can Cry is a nicely pitched heartbreak number with echoes of Stevie Wonder, replete with finger-clicks, layered harmonies, and harpsichord.

It's these tracks that set Ne-Yo above the usual crowd, and will ensure that he's around for a while yet 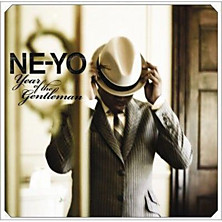