Bob Geldof How to Compose Songs That Will Sell Review

Wisdom and reflection have finally overtaken venomous splurge, for the better.

It’s easy to forget that, first and foremost, Bob Geldof considers himself a musician, that he is compulsively driven to write, record and perform music as his primary vehicle for attempting change in the world. It’s unquestionable that through the Band Aid franchise he has changed the world, but whether his own music has managed it is moot. Not that he shouldn’t try – quite the opposite – but his solo career has been so sporadic it rarely comes into the spotlight; his personal life, the life of his wayward offspring and extracurricular activities as media mogul, philanthropist and gob-for-hire over-shadowing his talent.

It’s perhaps no surprise that Geldof’s musical output has been so sporadic, nor that this is his first album in a decade. In a world where sincerity and commitment are treated with cynicism and mere celebrity for its own sake is news, Geldof is an easy target, a do-gooding ‘saint’ who needs bringing down a peg. That tall poppy syndrome must become wearing after so many years, the anger most notably spilling over into his last album, 2001’s Sex, Age and Death, written in the aftermath of the sad, media-hounded death of his ex-wife, Paula Yates.

Naming your album How to Compose Songs That Will Sell of course invites ridicule, but it equally suggests Geldof knows only too well how the world views him as a songwriter. Disingenuousness aside, however, it’s without doubt his best album. By his own admission Geldof doesn’t ‘do’ love easily and, as a songwriter, raging against those who impose society’s confinements – and those who succumb to them – still comes more naturally to him, just as it did during his Boomtown Rats heyday. Nevertheless, How to Write… is a largely reflective affair, all the greater for eschewing such scattershot anger and embracing love’s healing glory. It’s unlikely, for instance, that young punk Bob would have imagined his 59-year-old self ever recording the summery CSN-like Mary Says, acoustic keen of Blow or George Harrison-esque country salutation Here’s to You. But while it’s pleasing Geldof finally seems happy in his own skin, that doesn’t mean he’s gone entirely soft, as the distorted, claw-hammer blues of Blowfish or scathing She’s a Lover attest. Elsewhere, To Live in Love and Dazzled By You tell their own stories of a man positively coming to terms with his own rage and short-fallings.

It may have taken Geldof a while to get here, but as he prepares to collect his bus pass it seems wisdom and reflection have finally overtaken venomous splurge as his choice of artistic cloak. And it’s a very good look for him. 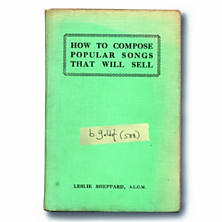