Here was a group that knew of the depths of perversity to which people could sink and...

Brian Eno once stated that, despite hardly anyone buying this album on its release, everyone that did buy it seemed to have formed a band. Ladies and gentlemen, we are talking about one of the three most influential albums of all time (what are the other two? You work it out, dear reader). Without this slice of plastic there would have been no glam rock, no krautrock and no punk. If Lou and John hadn't decided to ditch their respective careers in order to blur the boundary between pop and avant garde there would have been no Stooges, Can, David Bowie (as we know him) or Roxy Music. Oh, and The Jesus And Mary Chain would have had no career whatsoever. Which is why this deluxe treatment is long overdue and entirely welcome.

The tale of how this masterpiece even made it into the racks has long since passed into the realms of legend - Andy Warhol spotting them at a New York club and offering to produce them (i.e. putting up the money). The way he foisted Teutonic femme fatale Nico onto the band and the way she proceeded to set Lou against John (by sleeping with and rejecting them both). The year-long delay before the album made it to the shops (by which time Warhol had lost interest) - It all boils down to one inescapable fact. Even by 1967 this was still frighteningly original music that had as little to do with pop or rock as Frank Zappa's first album, Freak Out (which, interestingly enough, was also produced by Tom Wilson). For the very first time a rock band were writing songs that were utterly nihilistic and seemed to come from the very flipside of the psychedelic love-fest that was (if you believed the hype) occurring everywhere else. Here was a group that knew of the depths of perversity to which people could sink and frankly sounded as if they didn't care either. Songs like "Heroin" or "Waiting For The Man" didn't simply hint, they graphically laid out the stories of degradation as if daring you to turn away.

It was all wrapped in a musical package that was as stark as its subjects. Reed's oddly scraped 'ostrich' guitar, Cale's droning viola and not least Mo Tucker's almost moronic proto-motorik drumming all added up to a canvas that even when set behind Nico's bored drone couldn't fail to alarm, if all you'd been listening to was the Beatles and their ilk. This release sees the addition, not only of the rare mono mix but the tracks recorded for Nico's first solo outing Chelsea Girls, with the band backing her. Strangely these extras serve to demonstrate, as with tracks such as "Sunday Morning" or "There She Goes Again" that the Velvets could always revert to pop parameters if needed. They just didn't want to.

Offerings as extreme as "The Black Angels Death Song" or "European Son" were always going to be the moments that really remained in the minds of those brave enough to experience this album. Not many did and unbelievably it remained a semi-obscurity long after its release, with only rock scribes and musicians enhancing its reputation by word of mouth. Acceptance as a 'classic' hasn't diminished its awesome power to shock and provoke one jot. If you've never heard it, your life will be changed. If you've already got it, it's still an essential purchase. A monument to the evil that men (and women) do. 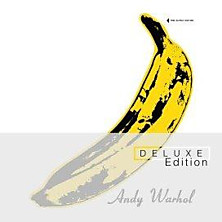