A set of contemplation and catharsis, maintaining its emotional grip for a long time.

Terrible things can happen to terrific people. Just ahead of the release of this second LP from Mercury Prize-nominated trio The Invisible, genial frontman Dave Okumu severely injured himself on-stage in Nigeria. He’s out of action for a while, putting the (live) promotion of Rispah on hold. It’s almost as if the opening lines of this album, Generational’s “This is serious / So messed up,” came alive with malignant intent. But to summon a perfectly common cliché: good things come to those who wait. And those who’ve anticipated this follow-up since 2009’s eponymous debut won’t be disappointed.

Rispah is named after Okumu’s mother, who passed away during its writing. It is, palpably, a collection affected by loss – vocals float ghostly in the mix, ethereal atmospheres draped over tender arrangements performed with bewitching poise. This is every second the sound of progress, comparable to Wild Beasts’ discernable development from Limbo, Panto to Two Dancers. And it deserves comparable levels of critical acclaim.

Rispah possesses a proud confidence carried by compositions never cluttered with unnecessary instrumentation – every element serves these songs, with nothing added just because it can be. Even when Leo Taylor’s inventive percussion busies itself, his skills complement proceedings rather than distract from the overall picture. A few tracks feel fairly minimal on an initial listen: The Wall, Surrender and What Happened are pieces of slow-burn intrigue. But repeat listens reveal salubrious textures, tiny details that bring these slight pieces to brilliant life.

What’s most compelling about Rispah, acknowledging the grief flowing through so much of its DNA, is that it feels so very alive: it’s the human retort to the mechanical motifs of its predecessor. Okumu recorded a group of women singing traditional Kenyan spirituals at his mother’s wake, and these voices surface at key junctures of the album’s sequencing: beginning, middle, and during the final seconds of closer and lead single, Protection. To quote Okumu, “it’s the most beautiful sound I’ve ever heard”; but these samples comprise just one facet of Rispah’s sublime design. Unconcerned with delivering a more-of-the-same affair, The Invisible have realised a set that is both contemplative and cathartic, maintaining a significant emotional hold on the listener long after finishing. 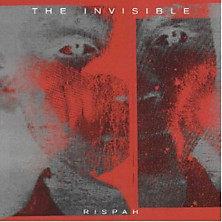