The Montreal/Texan band's awesome debut given a positive re-appraisal.

Funeral is a brilliant album of beguiling contradictions. It’s a wintry record with real warmth and a joyous, uplifting collection of songs made during bereavement. It is utterly accessible but still art-rock and skewed, typically Canadian charm led by a man from Texas.

Arcade Fire’s Win Butler grew up in the lone star state but eventually gravitated to Montreal and it’s his canine yelp that colours the band’s debut as much as the deaths of band members’ relatives, who are the subject of a dedication in the sleeve notes.


Win and his awkward but confident vocals are reminiscent of Talking Heads’ main man David Byrne and like Byrne he drags some remarkable imagery into his bands songs. On ''7 Kettles'' he switched from cliché to oddity in a single line and the effect is oddly moving, 'They say a watched pot never boils/ you can’t raise a baby on motor oil'. Or the haunting but jagged ''Laika'' he intones along with wife and bandmate Regine Chassagne, 'Our older brother/ bit by a vampire/ For a year we caught his tears in a cup/ And now we’re gonna make him drink it'. You don’t doubt them for a second.


Part of what causes Arcade Fire fans to so worship the thoughtful septet is the instrumentation. British bands who lazily rent an orchestra in the hope of chart success would do well do give Funeral a listen or 20. Every xylophone, violin and accordion adds to the heady brew. Instant catharsis, it ain’t. Here, like on so many life-changing albums, the rewards come with each new listen.


In the years since Funeral, Arcade Fire made Neon Bible, an equally astounding album. But where Funeral was personal, …Bible is political. And where …Bible wears its influences on its sleeve from Echo And The Bunnymen to Bruce Springsteen, their first effort was the sound of a band discovering their own greatness. Only Arcade Fire can make misery sound so good and only Arcade Fire distil life into a sound that is at once busy and simple, textured and pure. There seems little doubt that Funeral will live on in listeners’ hearts. 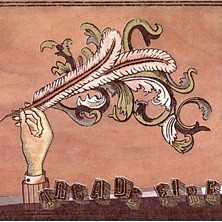