An overdue hits collection from the versatile, enduring New Yorker.

Like all good pop stars, Jennifer "J.Lo" Lopez has managed to ride the commercial zeitgeist with a certain amount of aplomb, drawing in whichever producer or rapper is hot at the time and bringing out something approaching their best work.

You want Irv Gotti-produced hip hop featuring Ja Rule? You've got it with I'm Real. You want horn-laced, Rich Harrison-produced RnB? There's some of that in the shape of Get Right. If your tastes are more dancefloor-based, ideally produced by RedOne and featuring Pitbull, then there's fare to suit your needs: namely Dance Again and On the Floor.

That a lot of her collaborators have fallen by the wayside is testament to J.Lo’s enduring appeal. Indeed, it's surprising that she hadn't unleashed a hits collection before now given that she's what you might politely call a "singles artist" – none of her seven studio albums have reached the number one spot in the UK.

Yet there a couple of glaring omissions. For one, there's no room for the Christina Milian-penned Play, which slinked its way into the top three in 2001; and whoever decided to leave off the ridiculously toe-tappable RedOne-produced Papi needs to have a long, hard look in the mirror. But it's hard to argue with most of what's on offer, Lopez slipping effortlessly into different guises with each song.

On the brilliantly disingenuous Jenny from the Block she half-raps about being “real” at a time when she was dating Hollywood superstar Ben Affleck, while Love Don't Cost a Thing’s empowerment message chimed perfectly with the Independent Woman mantra of Destiny's Child. There's a versatility to her voice that means she can employ cooing innocence on debut single If You Had My Love and supernatural levels of sultriness on I'm Into You.

J.Lo's has had her fair share of missteps, but the success of 2011's On the Floor (her first US top 10 in nine years) proves she's not given up just yet. A cipher for good songs rather than the reasons those songs are good she may be, but there are few that do it better. 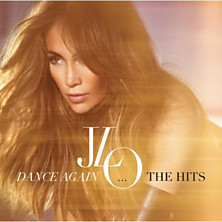