With a name like that it would ill behove the Sussex duo of Katherine Blamire and Jessica Davies (who are Smoke Fairies) to deal in anything but ethereal, folk-tinged melancholy and wistful, wonderstruck song craft. Right enough, that’s pretty much exactly what they deliver on this, their debut proper – the follow up to Ghosts, a singles and obscurities round up released to some acclaim last spring. Certainly, if romantic English folk languor à la Sandy Denny is your bag then Through Low Light and Trees ought to be an essential purchase.

Opening song Summer Fades, perfectly timed for early September contemplation, sets the album’s brooding, autumnal tone; gauzy, reverberant electric guitars and wraithlike keyboards framing the duo’s yearning, lustrous two-part harmonies as they intone the inquiring, shiver-inducing chorus, "Can you love me like you loved someone you loved so long ago?" Devil in My mind introduces strident drums and meandering fiddle – shades of prime Fairport Convention – while Hotel Room has a less rural, explicitly English feel, its insistent guitars, brisk rhythms, moody Hammond organ and stark lyrics ("It’s just a hotel room / And we’re only human") evocative of existential angst beneath the strip lights and peeling paint. Dragon, meanwhile – a tale of a damsel not so much in distress but out for vengeance against the titular beast – is a rolling, piano-propelled folk song worthy (and reminiscent) of Lionheart-period Kate Bush.

Elsewhere, Strange Moon Rising bears testament to time the duo spent in New Orleans early in their career. Its sinuous slide guitars and overt blues structure don’t seem to have much in common with leafy Sussex and, allied to the girls’ unmediated Home Counties accents, it ought to be distractingly incongruous; but somehow they pull it off, the disparate elements fusing into a seductive, hothouse orchid of a song. Morning Blues pulls off a similar trick with rustic folk-blues guitar supporting airy chorale descants.

For all the minor detours, Through Low Light and Trees is consistent in proffering a dreamy, timeless music which could have been recorded at any time in the last 40-odd years. That in itself is a kind of recommendation. 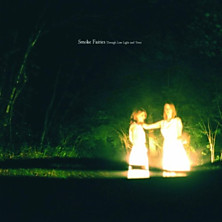