This feels more like a collection of brand new music than reinterpretations.

Released in late 2007, Icarus's Sylt was an alluringly complex album on which elements of heavily processed electronics, found sound and traditional instrumentation were blended, deconstructed and manipulated with an often staggering attention to detail. Sonically, their sound was their own but bore relation to Four Tet, Murcof and To Rococo Rot. Given the feeling of flux that imbues Icarus's music a remix album makes perfect sense, while judicious choices regarding the producers chosen to carry out the task mean this feels more like a collection of brand new music than reinterpretations.

Remixes of all seven tracks from Sylt are present here, although some get more attention than others: the skittering Keet, for example, receives five makeovers. Among the best of these is that undertaken by German white noise specialist Frank Bretschneider, who remodels the original's desultory bassline as a tight new wave strum which powers along beneath moodily whining sine waves and an intricate breakbeat. Gloomy and tightly wound, the track is heavily redolent of the overcast menace that Martin Hannett brought to Joy Division.
Morr Music duo Isan's remix of the same source material is impressive, too, their pastoral electronica exploiting the original track's hazy, organic warmth. It's one of the more melodic tracks here, as is Danish teenager Nabo's wonky rework of Volks. He warps the original's guitar part and pairs it with what sounds like a woozy tolling bell sample and shards of digital crunch.

There are more abstract pathways to be explored here, too. Swedish 8-bit artist Goto80's radical reworking of Second inf(E)Rænce chops it into microscopic bursts and stutters of atonal sound on which he eventually lays down some beautiful descending bass tones. Lothar Ohlmeier and Isambard Khroustaliov's eerie, digitally augmented free jazz version of Jyske Rugkiks might sound completely different, but it offers a similarly rewarding exchange between abstruseness and rich rewards.

There are some less impressive works on show here, too. Danish drone-rock outfit Svartbag's take on Jyske becomes soporific over the course of 11 minutes, while fellow Dane Badun's spidery funk also fails to linger in the mind. The disappointments are negligible, though, in the face of so much inventive and engaging work. 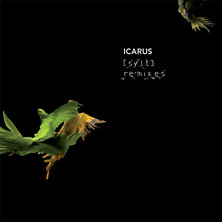