A second Mercury nomination shouldn’t be out of the question.

With all the jibber-jabber that surrounds the Mercury Prize each year it seems certain the winners will be propelled into the pop stratosphere, but taking first prize doesn’t always make it so. Just look at the experience of 2009’s victor: Speech Debelle’s gigs are no busier and LP sales are still at a trickle, suggesting Joe Public pays less attention to the annual prize-giving than is generally thought. What’s worth cherishing, however, is the shot-in-the-arm the award provides to nominees who might so easily have been ghettoised.

Portico Quartet are one such act to have flourished. Following their Mercury-nominated 2007 debut Knee-Deep in the North Sea – a sprightly, fleet-fingered album of post-jazz ambience with a glistening, sinewy thread of minimalism that saw the four-piece nod appreciatively the way of Terry Riley, Philip Glass and Steve Reich – the four-piece have made a follow up that makes their beginnings busking on the South Bank seem like a myth propagated by publicists. Receiving a nod of approval for their pigeonhole-defying venture really has emboldened them.

They’ve signed to Peter Gabriel’s Real World imprint, brought in rock producer John Leckie (Radiohead’s The Bends is among his many credits) and hit a brooding seam that sees the young band utilising fully a sound they stumbled upon last time. They’re still wielding their percussive Hang ­– an instrument that looks like an upturned barbeque and sounds like a damped-down steel drum – but the intricate rhythms and twinkling melodies Nick Mulvey tickles from it give directions rather than drive Isla, for this is a moody territory overlaid with Jack Wylie’s ghostly sax and subtle, shadowy electronics.

Veering from stalker theme The Visitor with its deep, elastic bass and the propulsive Dawn Patrol, evoking the stark, reverb-y trademark of the ECM stable, to the roiling cacophony of Clipper, which slips between Radiohead-like arpeggios and improvised thrashings, the band pack an emotionally-weighted punch. Sure, their love of the minimalists makes for the same cyclical grooves and a less-is-more attitude as Knee-Deep..., but in Portico’s Balkan-infused melancholy, thrumming textures and skronking outbursts, it’s a deeper, scarier world this time.

A second Mercury nomination shouldn’t be out of the question. 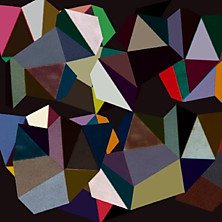