While a star on the Hollywood walk-of-fame may be a bit too much to ask for, I think it's pretty safe to say that it shouldn't be very long now before LA based label Plug Research become the uber-label du jour of Angelino electronic music. With recent impressive releases from the likes of DNTEL, Safety Scissors and John Tejada, it seems that with every new release, they simply push the musical envelope one step further from the tired and tested world of dance music, leaving their competition racing to catch up.

Based in Santa Monica, Daedelus started off his career playing double-bass and clarinet before getting corrupted by LA's rave explosion of the early 90s. But while many others in LA decided to jump on the cashing in/cheese bandwagon and create some of the most awful "underground" dance music known to mankind (you all know who you are), Daedelus thankfully bucked the trend, dove deep into his studio and has come up with this fiendishly clever and devilishly original little release.

Taking his cues more from people like Nat King Cole, Henry Mancini or Esquivel rather than Fat Boy Slim or Jason Bentley, "Invention" takes big band, 50s sci-fi, downtempo jazz and space age bachelor pad music and mixes everything up in a way that makes you wonder if Arthur Greenslade or Juan Esqivel loved hip-hop and had access to samplers back in their prime - would this be the kind of music they would create?

Occasionally, there are flirtations with more pure hip-hop oriented territory such as the lightly bouncy "Adventress" with its acoustic bass backing or the vocal based tracks of "Thus The Whirligig" and "Pursed Lips Reply" featuring local MCs Busdriver and Sach. These two tracks are both reminiscent of material found on the also excellent Mush label - and not without coincidence, as it's recently been reported that Daedelus will be producing the next "The Weather" album for the avant-hip-hop label.

What really comes across here is not so much the genre hopping but the attention to detail. From the carefully chosen samples to the way the beats are arranged across them, you can really tell that Daedelus and his producer Carlos Nino were coming from the heart, not the chequebook when producing this album.

Full marks to both Daedelus and Plug Research for releasing something as adventurous as this. Here's hoping we hear more from Daedelus in the near future - something that should please new music fans everywhere. 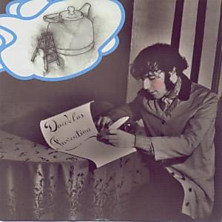