dieb13/pure/siewert just in case you are bored, so are we Review

Electric guitar, laptop and abstract turntablism collide in this luscious slice of...

I'm not quite sure what they mean by that title; are they being ironic, defensive or what? Whatever, boredom isn't high on my list of responses to this cd. Though there's a lot of this kind of stuff around these days (ie Powerbook driven glitchy drone improv), this particular trio of Austrian gentlemen have produced an album of quitelovely abstraction.

Opening with low, wobbly electronic swoops that resemble the soft blurtings of an asthmatic amateur trombonist,our heroesset out on gentle waves of drones and pulses flecked with atmospheric, dirty globs of noise or crackle. Occasional bleeps and spiralling sinetones give the impression of being stuck between stations on a shortwave radio (try it sometime, it's more fun than Stockhausen). The icing on this rather abstract cake is the shimmering delicacy of Martin Siewert's minimalist guitar, which sometimes emerges to hover over the ooze of electronics, pealing off slow motion arpeggiated chords or harmonic chimes.

While the first improvisation is at times a pretty dense affair, the second, shorter piece explores slightly different territory. A quiet, desolate guitar figure arrives slowly over twittering electronics, joined eventually by a hesitant low frequency pulse, giving way to long, descending bass tones. All the while static bursts, distressed bleeps and washes of indeterminate noise chatter away to themselves, but the music never ends up as a mere parade of interesting noises.

Maybe there's as much chanceas there is design at work here (after all, any random series of events can seem meaningful, if listened to often enough), but repeated listenings seem to reveal a deep feel for structure in the threesome's music. Certainly once you're snug in their hermetic soundworld, boredom isn't really an option. 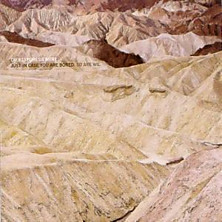