Forming in 1988 and taking their name from a Russ Meyer skin-flick, Mudhoney juggled snotty abandon, Stoogian riffage and mangled classic-rock references with a dark and dry wit, as displayed on their debut single, Touch Me I’m Sick, a beer-sodden slam-dance that first kick-started the Seattle grunge scene in the summer of 1988.

Surfacing a few months later – and titled in tribute to the old-skool FX pedals the two guitarists so gleefully abused to stir up their buzzing, serrated swarm of noise – Superfuzz Bigmuff posited Mudhoney as misbegotten garage-rock mavericks, with the muck of the thriving American underground scuffing their Converse. While they possessed a songwriting knack that betrayed their worship for Lenny Kaye’s Nuggets compilation – opener Need boils with adolescent frustration like The Sonics, only more psychotic, while slow-burning stalker-anthem If I Think evokes a gothic Creedence Clearwater Revival – Mudhoney’s true gift lay in their feral, sardonic attack, and their unhinged love of noise.

Teaming up with local producer Jack Endino, who would later record Nirvana’s Bleach, Arm and Turner steeped their guitars in heavy distortion, so they snarled through the slaloming riffs of No One Has, and growled malevolently through Mudride’s cro-magnon slog. No track better captured their gonzo approach than In’n’ Out of Grace, which opened with dialogue from Peter Fonda biker-movie The Wild Angels, and featured a throat-scourging performance from Arm as a swaggering, hellbound drag-racer whose fatal crash is dramatised by an epic, cacophonic, wah-wah-drenched guitar squall-out.

A faultless six-track blast of wild, overdriven noise now recognised as a crucial release in the development of Seattle’s underground scene, the Superfuzz Bigmuff EP has since enjoyed a highly recommended deluxe double-CD reissue which also compiles out-takes, early singles and two live sets. True Mudhoney devotees, however, will also want to own this bare-bones vinyl reissue, if only for its eminently frame-worthy sleeve. 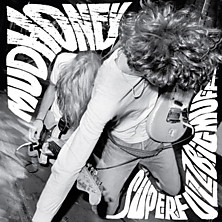