Melancholic lo-fi magic from a young musician finding his way with touching results.

In the summer of 2010 a young man from Seattle, Mike Hadreas, released a debut album under the Perfume Genius moniker which knocked this writer off his feet. Utterly naked of emotion, with lyrics set to aching swells of distorted lo-fi indie-cum-electronica, it was a striking collection that showcased not a talent with potential, but one that’d been forced to mature before its time. It was one of Huw Stephens’ top five albums of the year. It haunts the iPod to this day with no little regularity.

And now it has a sequel of sorts, courtesy of Youth Lagoon, aka Trevor Powers from Idaho. His July, very much the heart of this eight-track set, set the blogosphere into a state of watery-eyed rapture in early 2011. Pitchfork, very much the platform for This Sort Of Thing to reach a wider audience, wrote that July was "massive, confident and sure-footed in its build from organ-hum to shouting-down-mountains chorus… It does not sound like the work of a single, unseasoned young man". And The Year of Hibernation, work for which commenced around the start of 2010, is full of these moments: motifs that catch one off guard, which halt the progress of fingers on keys and steps on a street alike; lyrics that float like a knee-high mist around bare-bones arrangements of crackling delicacy. It is both a captivating listen and a terrifying one: Powers was 22 this year, but his voice carries all the experience of a man thrice his age.

Youth Lagoon is Powers’ outlet for explaining aspects of life he otherwise has a hard time discussing. So, typical problems to befall the confused and curious arise; the anxieties of a man not long out of childhood, college years fresh and reality beginning to bite, manifest in solid beats and crunching production. Sometimes spare of percussion – Daydream’s simple pulse provides all the backbone the piece needs – and elsewhere rather fuller of chillwave-kissing fug and haze – such as on Cannons, which drops the affecting side of Washed Out’s catalogue into a digital bath – variety is subtle but enough to ensure attentions don’t drop off. Not that Powers’ vocal performance allows them to: through the gauze of his instrumentation they swing in and out of discernable focus, a diary-like openness suggested primarily through tone rather than so many telling lines.

Everyone reading this review has been where Powers is: starting out with something new, facing a challenge, doing his best to understand it all through selective, self-styled filters. Everyone will be able to relate. Whether everyone’s heart will skip a beat when his eerily disembodied presence first announces itself atop the ethereal roll of Posters is another matter, even when the line "You make real friends quickly / But not me" says more in eight words than entire catalogues have managed. But that lump-in-the-throat effect is likely to be summoned eventually, no matter the resistance. 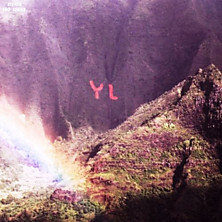