24-year-old Mileece has had a remarkable life. When she was growing up, her parents ran a recording studio in Covent Garden, and started an early music video company. Later her father became a director of television programmes such as Fraggle Rock and Countdown, whilst her mum ran a record label.

In early life she lived in various parts of the world including "The crystal garden" where she encountered counter-culture figures such as Timothy Leary and Charles Lucy - the inventor of the Lucytune microtonal scale.

After this, she moved to a large house full of animals in rural France to escape and learn about classical music. On top of this, her grandfather Max Matthews programmed the first computer generated song, "Daisy, Daisy"which was cynically referenced in Kubricks "2001, A Space Odyssey", sung by the Hal computer as it loses control of its senses.

Well that's her life so far, and Formations is her stunning debut album, a charming suite of gentle tones that manages to sound natural, intimate and sunnydespite utilising the rigorous theories and practice of up-to-the minute electronic composition. There are no hooks, choruses and sometimes little in the way of melody, but it's an example of an album that I could imagine anyone enjoying.

This music was composed using generative musical computer languages, something that inMileece's words "allows for structures to generate autonomously, the same as a plant or any living thing would".This is beautifully illustrated in track one, "aube" which actually sounds like the musical equivalent of cell division, as delicate tones chime out at seemingly random intervals but constantly keep an internal form and harmonic relationship.

The title tracksounds more like the familiar music of modern minimalist composition. Repetitive motifs grow out of seemingly random clusters of notes, building up then dropping down in order to regroup, just as it seems the music is getting cluttered. In this track, Mileece's strong grasp of psycho-acoustics is evident as her sparse music sometimes creates difference-tones (two notes together simultaneously creating another audible tone).

With the addition of a simple bass guitar accompaniment and a melody that sounds like a traditional fiddle reel trying to work itself out,"fern" creates a sound reminiscent of a more advanced, stripped down Tortoise, whilst"nightfall" adds simple cello and voice to the sine tones to create a warm lullaby.

If you are looking for an album of astonishing paradoxes; artificial yet natural, simple yet advanced, harmonic and ordered but random, then look no further than this outstanding release. Beautiful, real musical science.

Like This? Try These:
Takagi Masakatsu - Eating
Polmo Polpo - The Science of Breath
Ogurusu Norihide - Humour 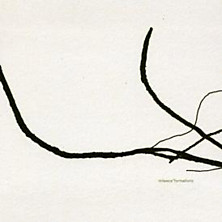