The Leeds cooperative, no mere band this, have kept up their tradition of artfully...

Chumbawamba have become predictably surprising. Far from milking the commercial catchiness of their cheeky anthem "Tubthumping", the Leeds cooperative (no mere band this) have kept up their tradition of artfully anarchic deviation. Expect random excursions to medieval a cappella, cider-swigging fiddle-grinding folk and bouncing breakbeat.

That said, something of Chumba's innate mainstream soul rises to the surface in almost everything they do (including socialist rounds, comrade) and their new release Un, is no exception. The title of this, their tenth full length album, shouts out their anti-everything stance.

Every producer knows an album's first track is very important, and "The Wizard of Menlo Park" has all the bland but bright tunefulness of a Lightning Seeds song, albeit with anti-globalist, socialist lyrics.

After this lovely, if eminently forgettable beginning, fans will be reassured that you don't get more of the same. Having taken part in lots of internationalist love-ins, Chumba have decided to have a go at World music. Recorded on a mini disc in Latin America and at Chumbawamba's Bradford studio, Un finds them toying with Cuban salsa, Polynesian pulses and vaguely Argentinean folk rhythms. None of it is too purist; the band's essential Englishness is always somewhere in the mix, but they seem to have fun playing their slightly laddish, provincial agit prop lyrics against sexy ethnic beats.

Shunning pigeonholes doesn't necessarily make for earth-shattering innovation. "Everything You Know is Wrong" and "On eBay" are tributes to the Housemartins; sarcastic and critical but sweetly tuneful and harmless. The salsa tracks, "Be With You" and "When Fine Society Sits Down to Dine", only allude to Latin influences. The incidental guitar picking and trendy Spanish-language samples sounds somewhat tired post-Manu Chao and Gotan Project.

All the conviction, it seems, has been invested in the words and the moralising message while there is a soft, unimpassioned edge to the arrangements.But barely a freeflowing middle eight is allowed to digress from the tidy, right-on package of political broadsiding that's being delivered.

You get the feeling that the band think it's somehow good or cool to incorporate foreign sounds, but aren't sure how to do it well. Committed followers will like the CD, for (ironically) its familiar brew of pop and politics -it's a bit like listening to a musical version of No Logo: worthy, wise but not very sexy. 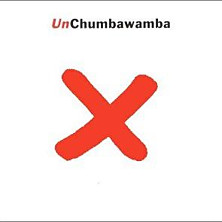