The hits, and newies prove there’s life in the impossibly youthful old dog yet.

As Green Gartside enjoys another lengthy hiatus between albums, this first career-spanning retrospective in Scritti Politti’s 34-year stint plugs a gap, picking tracks from those sparse decades and throwing in a couple of new ones to sweeten the deal. And Scritti were always about sugaring the pill; candy-cute vocals and light-as-air pop-funk arrangements did a great job of smuggling big ideas and smart wordplay into the charts, at least in the mid-80s. But Gartside could never stick around long enough to keep any momentum going.

Unlike Scritti’s own career, Absolute starts with the hits. Five in a row from second album Cupid & Psyche 85, beginning with the fizzing, punning Wood Beez (Pray Like Aretha Franklin), through the sly lovers rock of The Word Girl and onto US top 10 smash Perfect Way. These are startling examples of immaculate, state-of-the-art 80s pop, produced by soul backroom legend Arif Mardin and honed to perfection by Gartside and then-colleagues David Gamson and Fred Maher, and they opened doors that the Camden squat collective of eight years earlier couldn’t have hoped to barge.

With Mardin’s approval and Gartside’s timing, Scritti found acceptance with the sort of R&B legends they were hoping to ape, leading to writing songs for Chaka Khan and the extraordinary domino effect of having Miles Davis first cover one of their numbers and then guest on one. That song is Oh Patti (Don’t Feel Sorry for Loverboy), a marriage of soft jazz and blue-eyed soul that followed Cupid & Psyche then and here, the first song off 1988’s troubled Provision. Gartside had made outlandish leaps, but recognition was too much for him and he shrank from it, holing himself up in his native Wales for the next decade or so.

Absolute’s odd sequencing jumps straight to his re-emergence in 1999 with the hip hop/delicate pop-soul hybrid of Anomie & Bonhomie, here represented by four tracks that have aged far better than low-key approval at the time might have suggested. It’s strange too that it should have greater presence than 1982’s Songs to Remember, which makes do with three tracks, including the deathless, Robert Wyatt-assisted dub-pop of The ‘Sweetest Girl’ and signature Scritti tune Jacques Derrida, finding romance in philosophical tract.

Absolute has extras to offer the completists, including meaty sleeve-notes from pop scholar Simon Reynolds, who’d already lovingly chronicled Scritti’s formative years in his Rip It Up And Start Again. Two new tracks are worked up with classic-period partner David Gamson: A Place We Both Belong and Day Late and a Dollar Short are a lush ballad and spry funk bounce respectively, and ample proof there’s life in the impossibly youthful old dog yet. As he averages seven years between albums, you should grab any Gartside you can get. 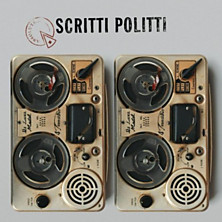